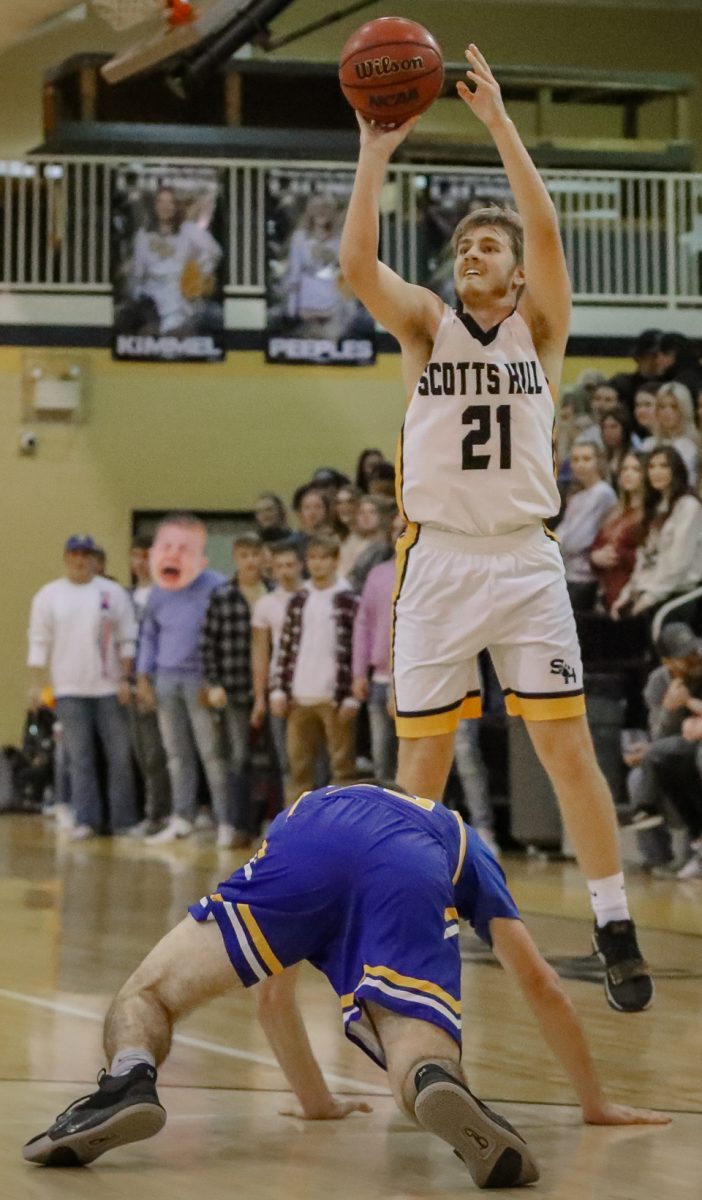 In welcoming their cross-county rival Riverside to Reagan, Tennessee last Tuesday evening, January 25, the Scotts Hill Lions basketball team was up for the task of claiming another win towards the end of the season. Scotts Hill wanted to make a statement and come out victorious on the evening, and that is exactly what the team did. In the end, the Lions took the win by a final score of 73-64.

Leading the way in scoring for Scotts Hill was Luke Ledbetter, who finished with 28 points in the game. Bryce Allard recorded 18 points and Riley McClain came away with 13 points. Ripken Clenny would secure six points for the Lions, as well. Both Colton Bailey and Alex Chandler each scored four points in the win. Connor Maness would finish with three points against Riverside, also.

In long range shooting for the Scotts Hill Lions, the team amassed seven 3-point baskets in the game. Bryce Allard led the team with four, followed by Riley McClain with two and Connor Maness finished with one.

Both Luke Ledbetter and Riley McClain would be the top rebounders for the Lions on the night, each securing six rebounds apiece. Colton Bailey had five to go along with them.

Rylie McClain would lead the team in steals with four. He was followed by a trio of teammates, each garnering three steals against the Panthers. Those players were…