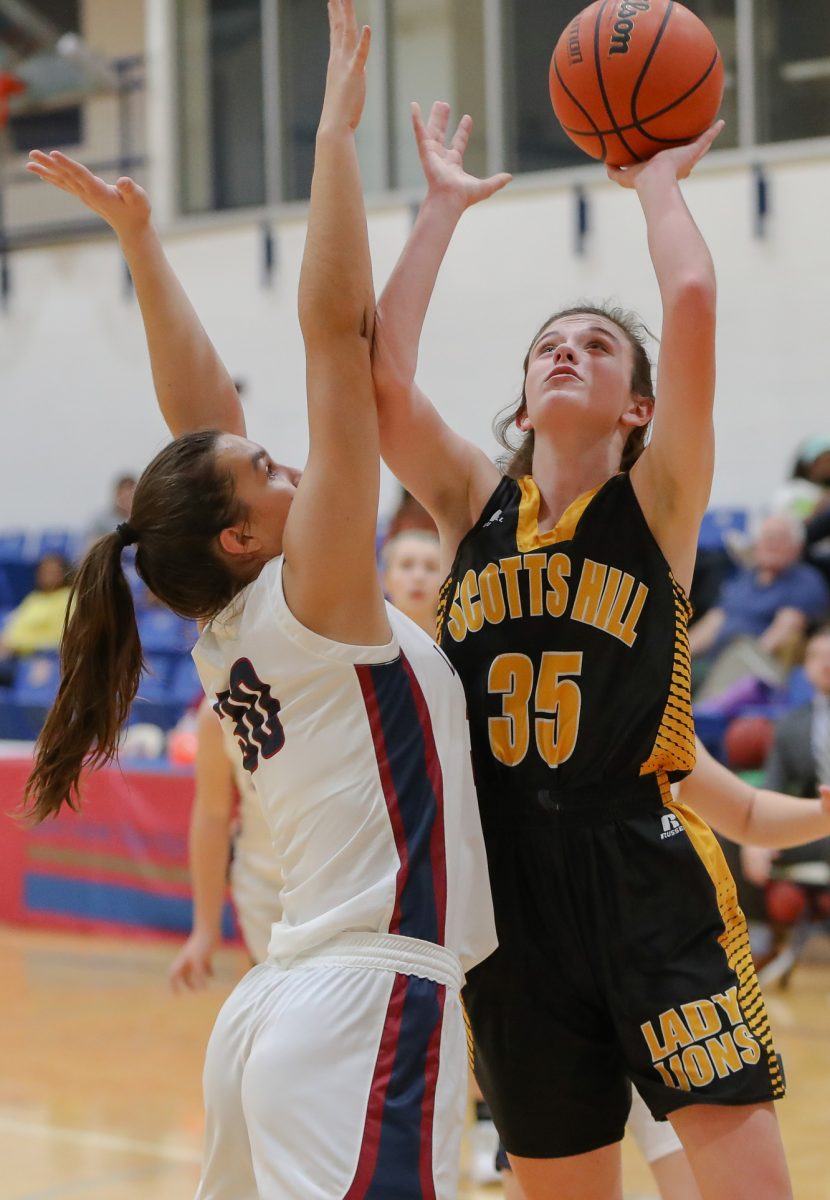 Taking a road trip into Madison County, Tennessee last Tuesday evening, January 18, the Lady Lions of Scotts Hill High School looked to grab a tough victory in their opponent’s gymnasium. Scotts Hill would be in for a tough game on the night as this contest was closer than what the team had hoped for before making the trip. In the end though, the Lady Lions would come back home with the win over Madison Academy, 40-32.

The game got started that night with Scotts Hill securing 11 points in the first quarter and allowing Madison to score ten points to start. The second quarter would see the Lady Lions add another 19 points to their total before the half. Madison Academy would record six points in the second quarter. After halftime, the Lady Lions got off to a slow start in the second half by only netting four points in the quarter. Madison would double that number of points by scoring eight points of their own after intermission. The fourth quarter saw the Lady Lions record six points and allow Madison to score eight more points. That wouldn’t be enough for their opponent to overcome as Scotts Hill grabbed the win.

Taking the top spot in scoring performance for the Lady Lions was Jaden Scates. She recorded a team high 12 points in the win. Both Lacie Dunavant and Brooklyn Wilkerson added eight points each for Scotts Hill in the contest. Heather Bartholomew would finish the game with six points and…