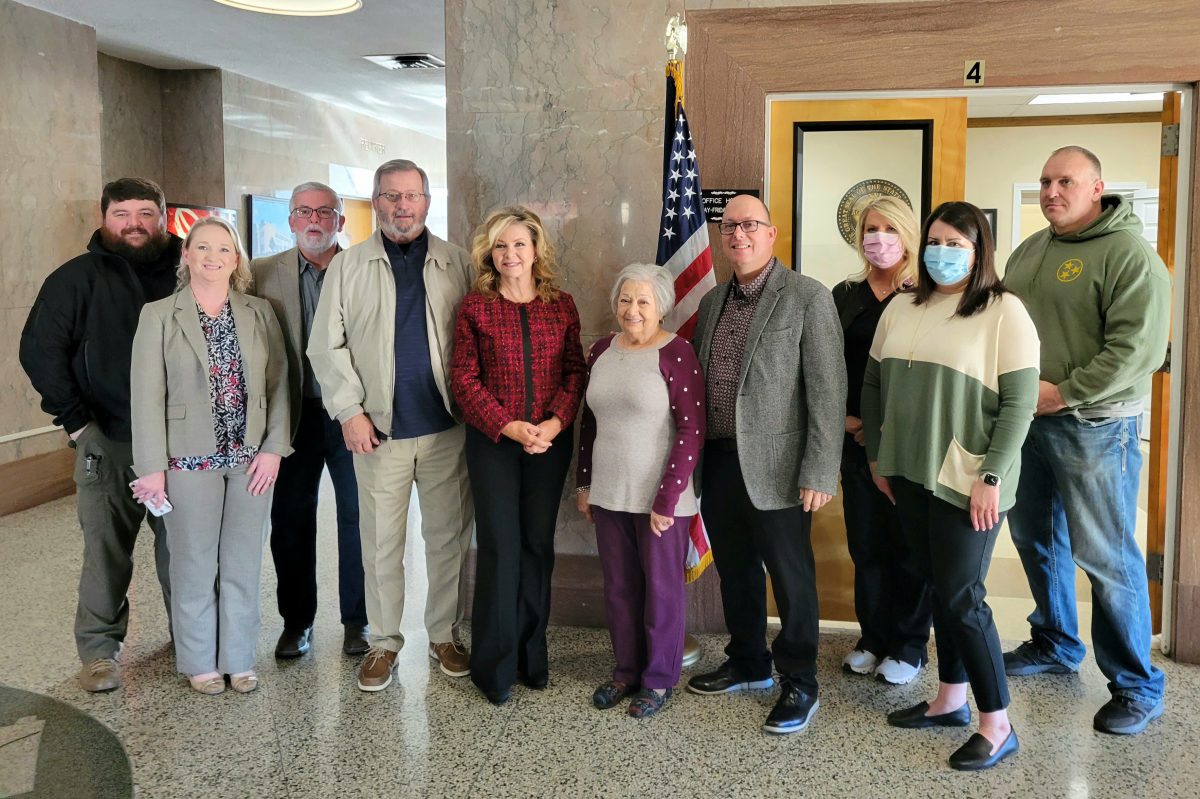 U.S. Senator Marsha Blackburn made an appearance at the Henderson County Courthouse on January 24, 2022 to meet with some elected officials.
Photo by: W. Clay Crook / The Lexington Progress

Although this is an annual visit, the senator said that Henderson County holds a special place in her heart as one of her former counties when she was in the House of Representatives. “The feedback from the county mayors, city mayors, and other elected officials is very important to knowing how to best represent their areas in the Senate,” she said.

She has received good reports from the school systems here, as well as EMA, Health, and Veterans Services. “Everyone pulling together is what you want to see for this area, especially when you start to look at what the impact of Blue Oval will have for…