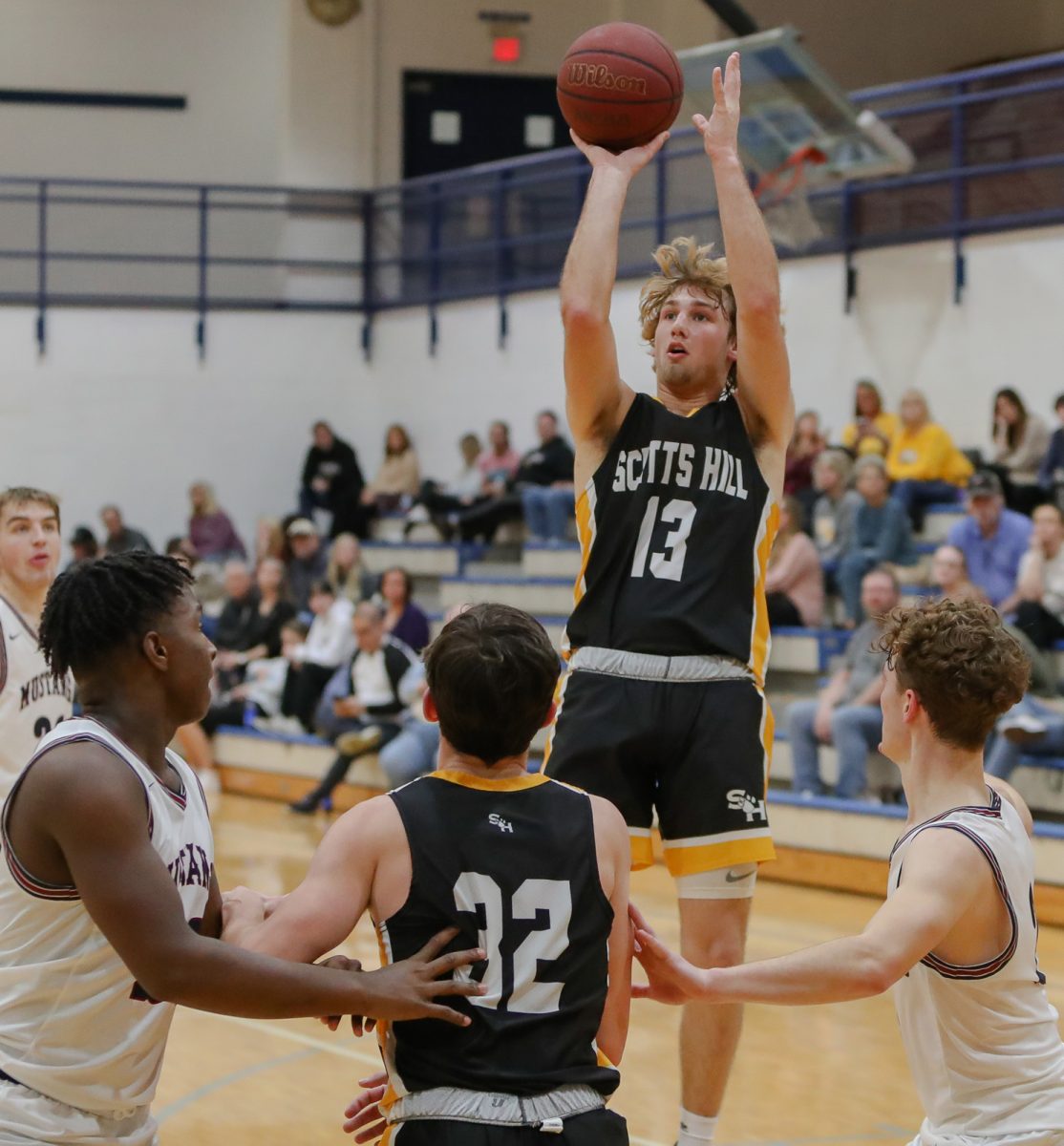 Coming off a close victory the game before, the Lions of Scotts Hill High School looked to continue the win streak over Big Sandy. This game was well in the Lions’ hands from the tip. Scotts Hill took a commanding lead before halftime, before essentially coasting in the second half to defeat Big Sandy on the night. The final score of the contest was 66-39, in favor of Scotts Hill.

Many Lion teammates were in on the scoring action in this game. Leading the way as the top scorer for Scotts Hill was Luke Ledbetter. He finished with 14 points for the Lions. Riley McClain secured 13 points and Ripken Clenny recorded ten points in the win. Bryce Allard and Connor Maness each scored five points apiece over Big Sandy. Both Colton Bailey and Kaden Hildebrand recorded four points for the team. Ethan Hayes came away with three points for the Lions. Malachi Johnson, Hayden Smith, Carson Liles, and Alex Chandler all got in on the recording stats by scoring two points each.

From behind the arch, the Lions were led by Riley McClain who knocked down four 3-pointers in the game. Ethan Hayes, Ripken Clenny, Bryce Allard, and Luke Ledbetter all connected on a…