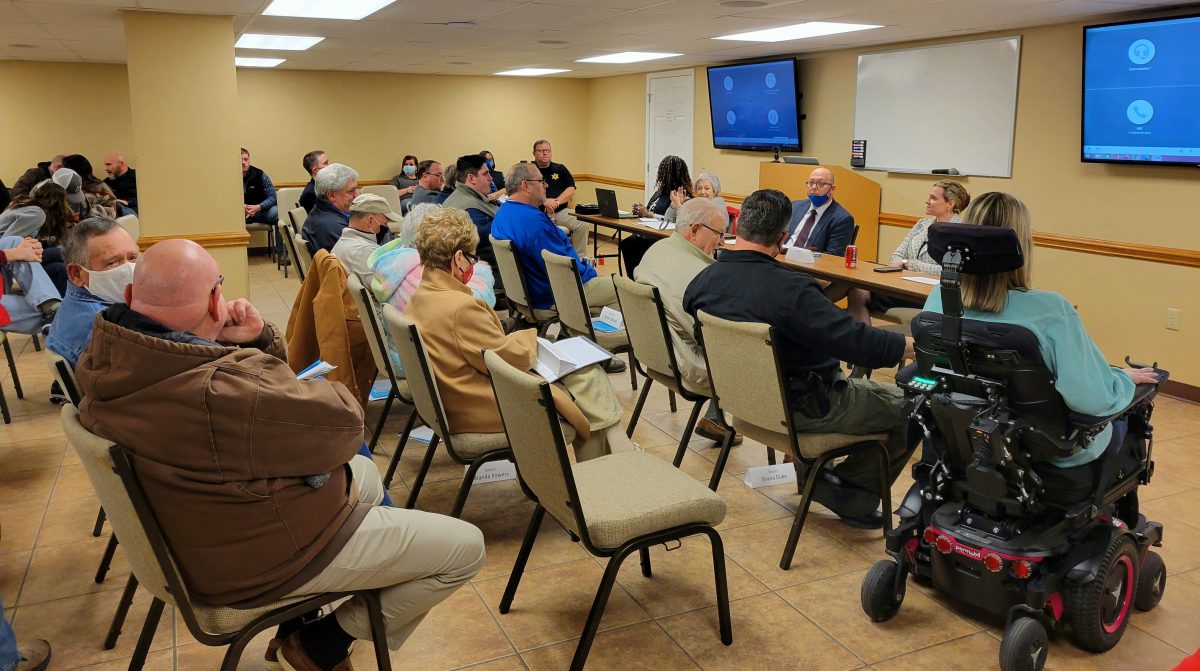 The Watson Center was the location of the special called meeting for the Henderson County Commission that was held on January 20, 2022.
Photo by: W. Clay Crook / The Lexington Progress

A special called meeting for the Henderson County Commission was held on Thursday evening, January 20, 2022, to discuss the commissioner vacancy in District 4.

The meeting was held at the Watson Center with over seventy people in attendance, along with media coverage, and a video feed from Matthew Hill, a GIS specialist with the Tennessee Comptroller’s Office.

Mr. Hill pulled up the photo of the property and district lines that was published in The Lexington Progress last week, and confirmed that the county district line, which follows the city limits line, was a recent correction in the city limits by a contracted third party.

The new line will become effective on September 1, 2022, and Commissioner Duke said that she would run in her newly assigned area, which will be…