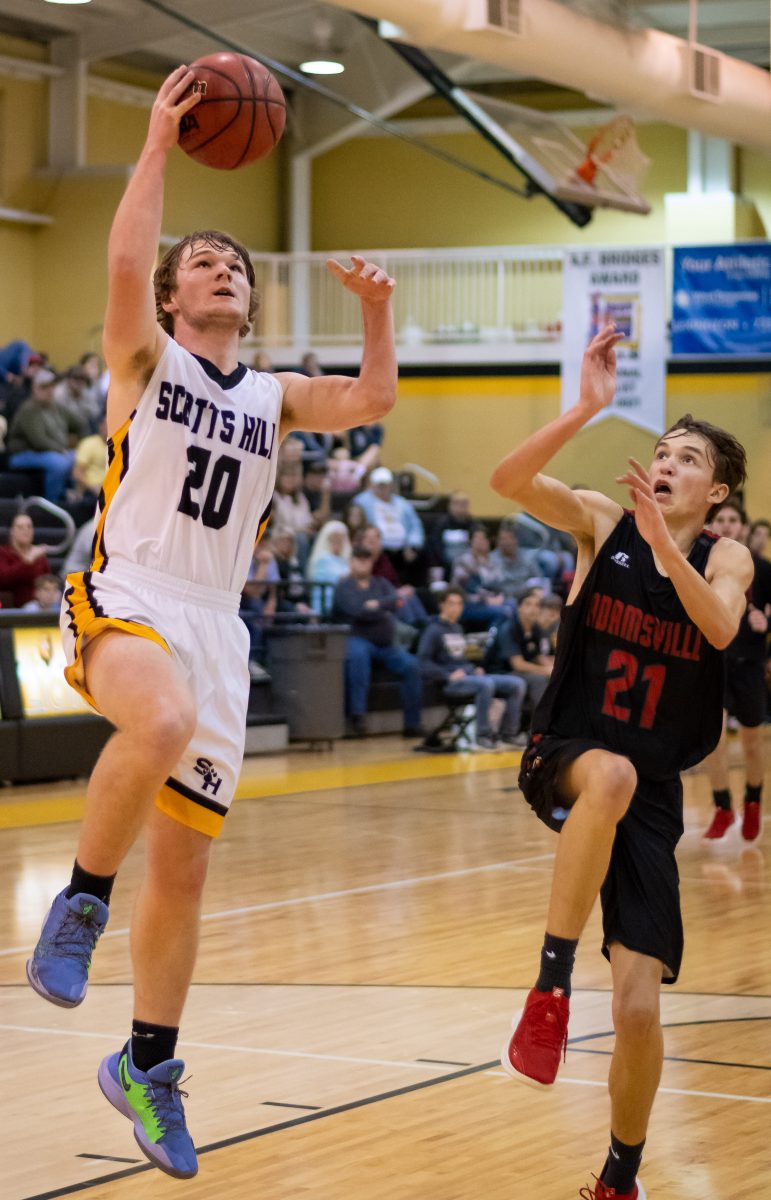 On Tuesday, January 11, 2022, the Scotts Hill High School Lions basketball team welcomed into their home gym the Adamsville Cardinals. This game has been testy in the last few seasons, so the Lions knew it would be a tough battle. The results from the end of the game were in Scotts Hill’s favor as the Lions took the win over Adamsville, 73-58.

Scotts Hill got the game going by accounting for 13 points in the opening quarter. Adamsville responded to the Lions by recording 11 points to start the game. In the second quarter, Scotts Hill would add another 21 points, as the Lions allowed the Cardinals to match with 21 points of their own. After halftime, Scotts Hill got back in rhythm by netting 19 more points. Adamsville would be held to scoring seven points in the third quarter. The Lions would look to close the game out in the fourth quarter by recording 20 points and allowed the Cardinals to score 19 points. The result would be a win for Scotts Hill.

The Lion scoring the most points on the team that night was Riley McClain. McClain had a team high 30 points in the win. Luke Ledbetter followed suit with 15 points of his own. Ripken Clenny would record 14 points and Colton Bailey secured nine points for Scotts Hill. Both Bryce Allard and…