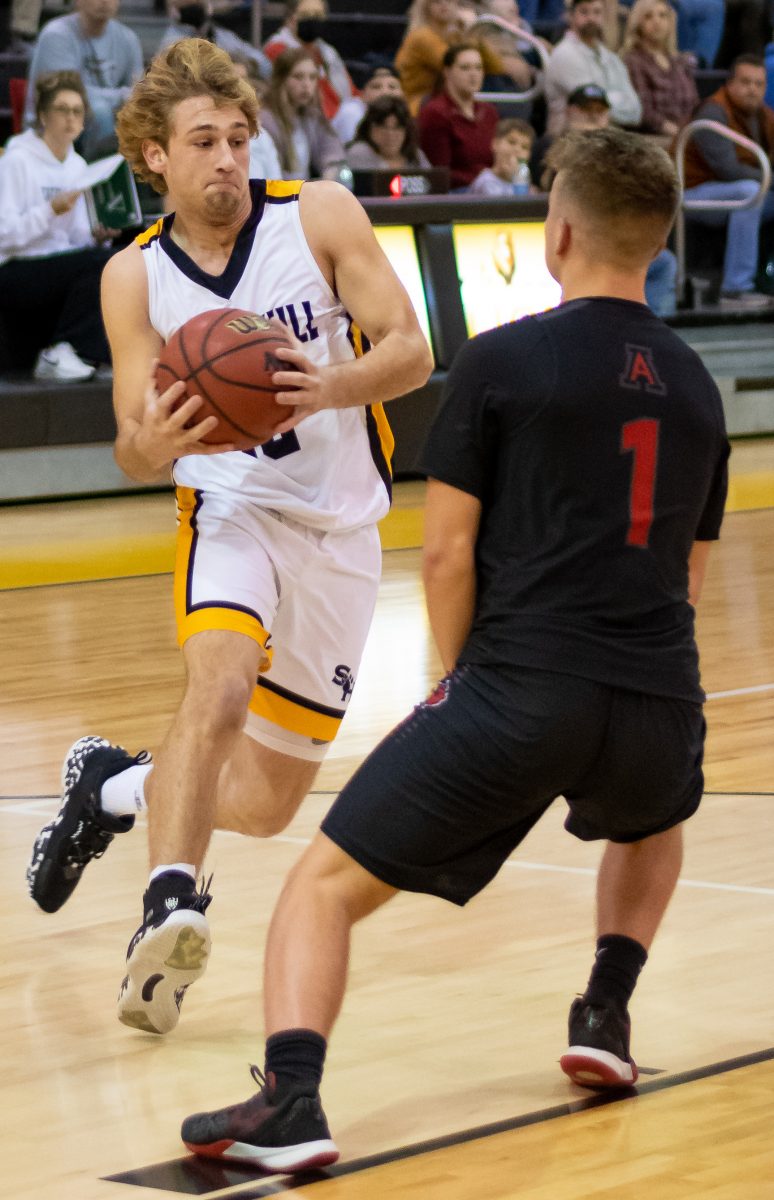 Coming back to their home court after being on the road in their previous game, Scotts Hill welcomed the Bolivar Tigers to Reagan, Tennessee on Friday, January 14, 2022. The Lions were hoping to keep the wins coming by taking down Bolivar on the night. The Tigers had other plans for themselves in what would become a high scoring affair. Scotts Hill would ultimately fall to Bolivar by the final score of 83-80.

The game started with Scotts Hill posting 24 points in the first quarter. The Lions would allow Bolivar to score 28 points to start the game. The second quarter saw Scotts Hill account for 26 points before halftime. Bolivar recorded 18 points in the quarter. In the third quarter, Scotts Hill would only be able to score nine points against the Tigers. Bolivar added another 21 points to their total. The fourth quarter would see the Lions score 21 points and allowed Bolivar to account for 16 points and take the win.

This game had a very special and historic moment in the first quarter of the game as well. Riley McClain scored his 1,000th point of his Scotts Hill High School career during the opening quarter of play.

Leading the team in points on the night was Luke Ledbetter with 31 points scored. Bryce Allard accounted for 20 points and Riley McClain netted 17 points of his own. Ripken Clenny had nine points and Colton Bailey finished with…