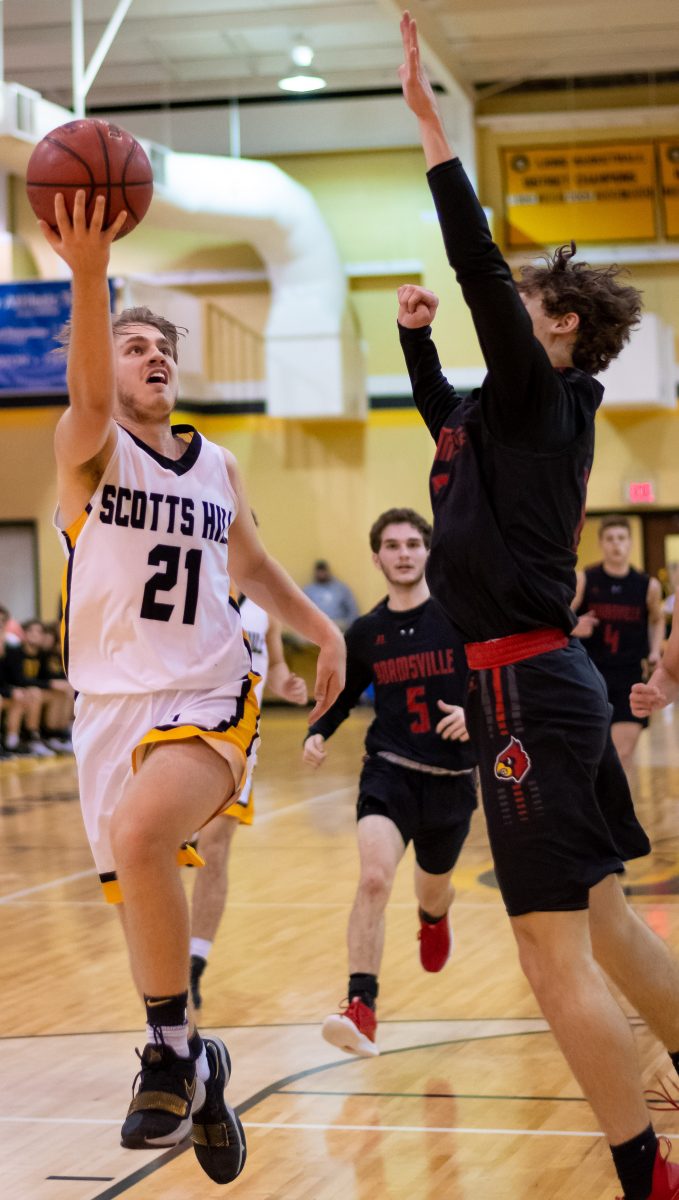 Hoping to come into the Tigers gymnasium on homecoming night and grab a win, the Scotts Hill Lions basketball team was determined to grit things out and give everything they had to make sure that was accomplished. Scotts Hill played well enough in the first half to take a lead into halftime. In the second half, the Lions would do everything in their power to hold on for the victory. When the final buzzer sounded, the Lions defeated the Tigers, 58-57.

The team leader in points this game was Riley McClain, who accounted for 19 points. Luke Ledbetter had 16 points in the win and Bryce Allard finished with 11. Ripken Clenny followed with ten points of his own and Connor Maness scored two points in the win also.

Scotts Hill came out in the first quarter and posted 16 points to the scoreboard. Lexington was close behind them to open play with 12 points to start the game. The Lions then added another 14 points in the second quarter and allowed the Tigers to score ten points before the half. At halftime, the score was 30-22, in favor of Scotts Hill. In the third quarter, Scotts Hill came away with ten points but allowed Lexington to score 16 points to inch the score of the game closer. The Lions would record 18 points in the fourth quarter and…