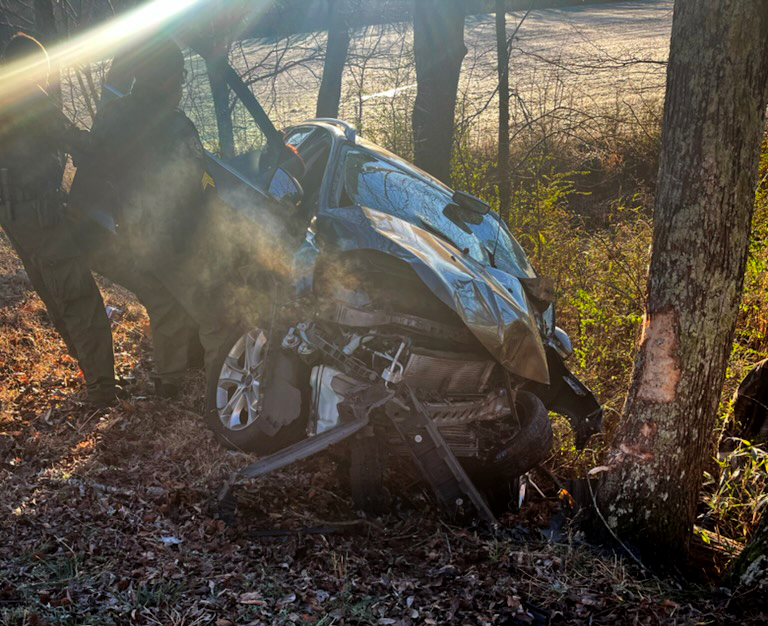 An accident involving one motor vehicle occurred on January 11, 2022, that resulted in a passenger having to be air lifted.
Photo submitted / The Lexington Progress

The Henderson County Rescue Squad reported that their teams responded on January 11, 2022 to a one vehicle accident on the Middleburg – Decaturville Road, just east of Darden Road.