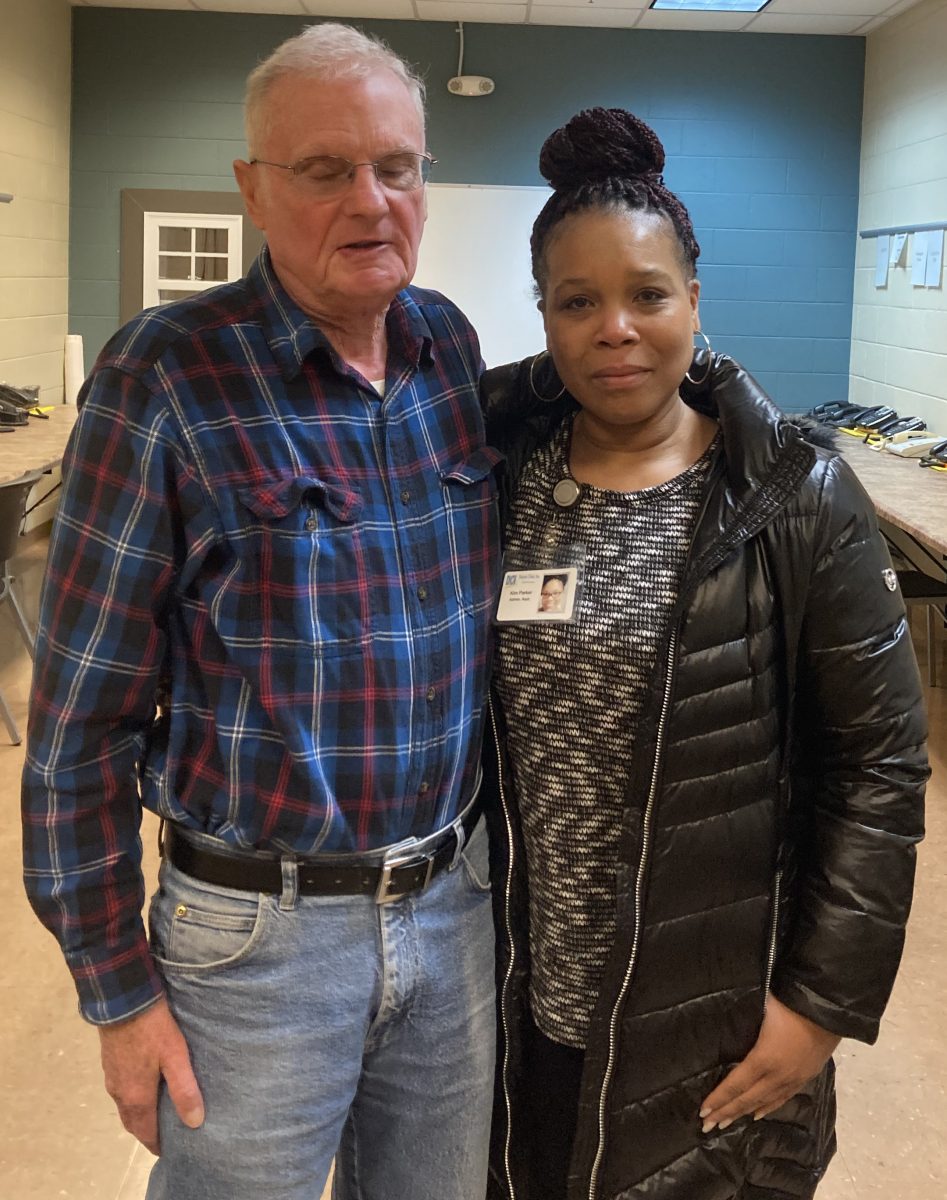 Harry Scotts (left) and Kim Parker (right) pose together for a picture after an unfortunate circumstance brings the two individuals together.
Photo Submitted / The Lexington Progress

Mr. Scott then called the Henderson County Sheriff’s Department. About four hours later Marshawn Parker was apprehended for the crime. Mr. Parker had spent all of the money except for $140.00, and the watch was gone. Marshawn Parker is a young man who has had a history with hard drugs. He admitted to breaking into Mr. Scott’s residence, and took a plea deal of eight years in prison.

On January 3, 2022, Mr. Scott contacted me about picking up the recovered $140.00. When he arrived at the Sheriff’s Department, Mr. Scott asked if he could give that money to Marshawn Parker. He stated that he had prayed about it, and this was what he wanted to do. Mr. Scott stated that he hoped that it would help Marshawn.

We spoke to Marshawn, who apologized about going into his home, but due to the rules of his plea, he was not allowed to…