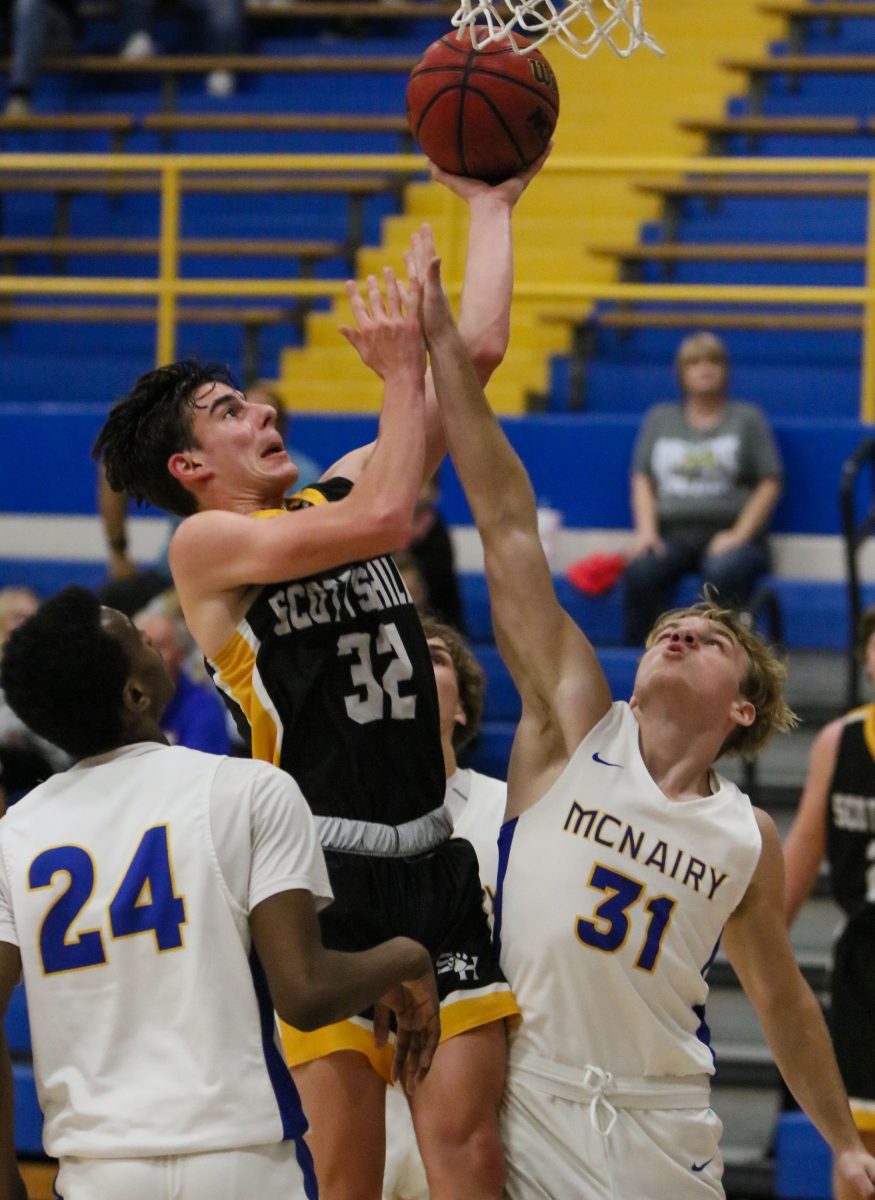 The final game for the Scotts Hill High School Lions basketball team for 2021 saw them hit the road and head to McNairy County to take on the Bobcats. The game was played last Thursday, December 30. Scotts Hill would jump out to an early lead heading into halftime, but McNairy County would make a run in the second half to try and pull off the upset. The Lions made sure to keep grinding away and ultimately came away with a one-point win. Scotts Hill would win the contest by a score of 67-66.

To start the game, Scotts Hill put 17 points on the board in the opening quarter and would allow McNairy County to score 15 points to start the contest. Another good performance by the Lions in the second quarter saw the team record 16 more points. McNairy County added 12 points of their own before halftime. The score at the half was 33-27. Trying to make a run to start the third quarter, the Bobcats would net 24 points, their biggest scoring quarter on the night. The Lions were only able to score 11 points in the third quarter. Responding with a great team effort, Scotts Hill recorded 23 points in the fourth quarter, and allowed McNairy County to score 15 points, as the Lions held on for the victory.

Having the top scoring performance for Scotts Hill on the night was Bryce Allard. Allard recorded 18 points in the win. Luke Ledbetter added 17 points of his own and Riley McClain scored 14 points for…