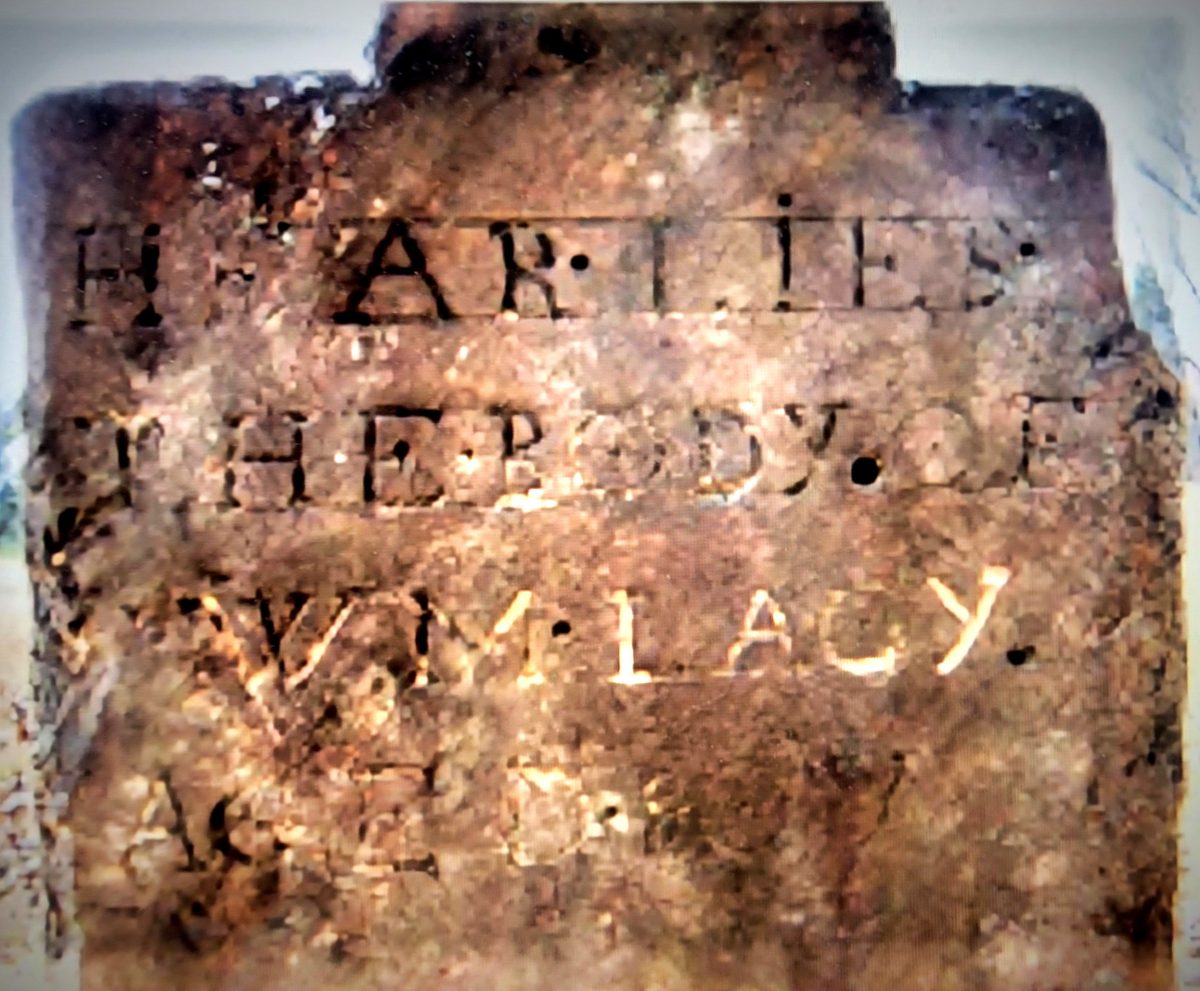 The tombstone of Revolutionary War Veteran William Lacy is located at Dukes’s Chapel in the eastern portion of Henderson County.
Photo Submitted / The Lexington Progress

Of the two known Revolutionary War Veterans who have marked graves in Henderson County, one is at Duke’s Chapel in the eastern end of the county. It belongs to William Lacy.

The marker was thought to be missing for a number of years, but was rediscovered by Bret Arnold and is near the double marker for Opal Thomas Arnold and Carolyn Arnold Cooley.

Lacy was a Revolutionary War veteran who filed a pension application in Henderson County in 1834. His marker, a reddish, hand carved fieldstone, is still readable. The spelling is partially phonetic on the marker and simply says, “Hear lies the body of Wm. Lacy, aged 80 yrs.”

Lacy, according to his pension application, was born on May 25, 1755, in Orange County, North Carolina, and at 80 years would have died in 1835, the year after his application in Henderson County. His pension was approved at the rate of $25.00 per year, retroactive to…

For the complete story, see the December 29th edition of The Lexington Progress.