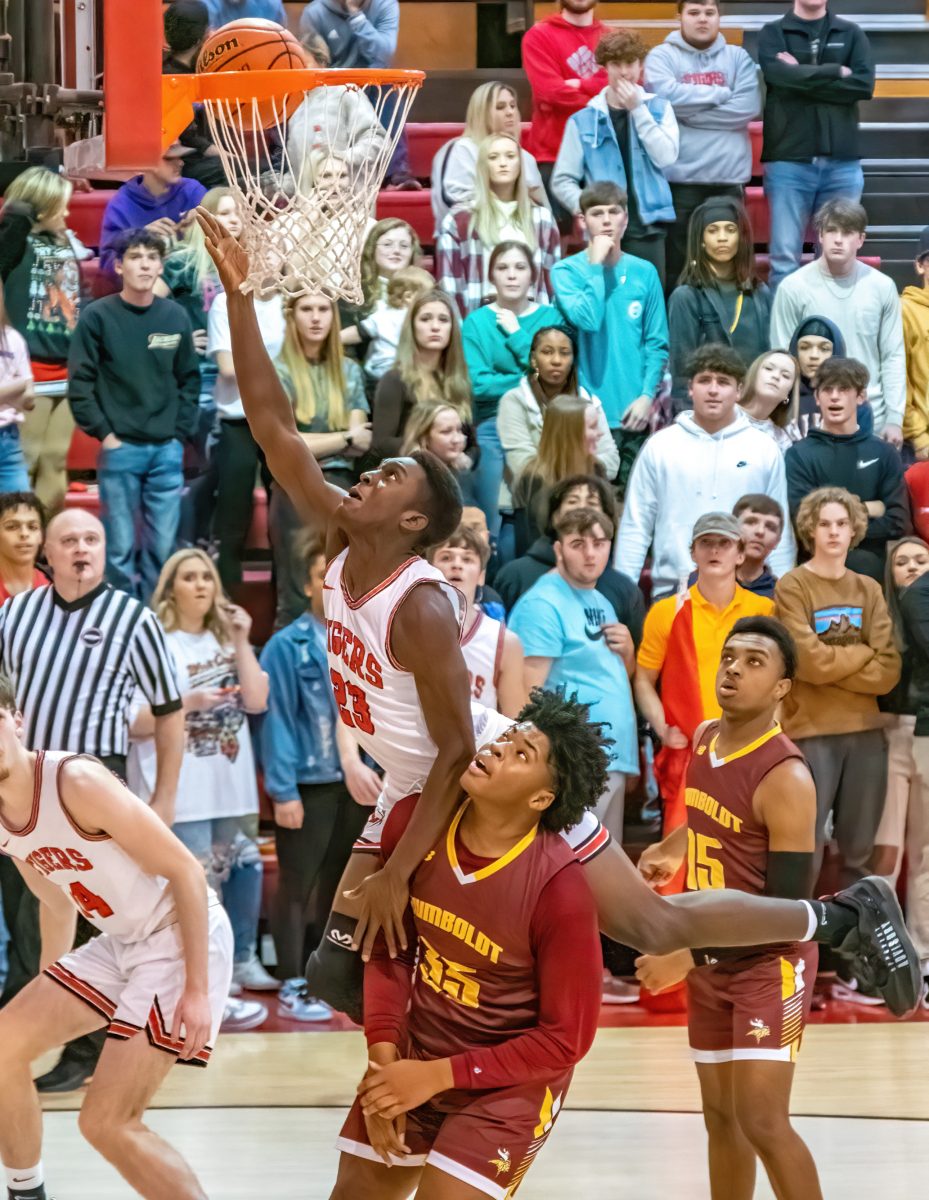 It wouldn’t be four quarters of play that would decide who took the victory on Tuesday, December 14 between the Lexington High School Tigers and Humboldt Vikings basketball teams. No, the game would be decided in an overtime period between the two programs. With the score all knotted up at the end of regulation, Lexington found a way to come out with the win that night as the Tigers defeated Humboldt, 69-63.

Lexington would jump out to an early lead as the first quarter ended. The Tigers scored 17 points to start the contest and held the Vikings to scoring 14 points in the first quarter. Lexington would add ten more points to their total in the second quarter. Humboldt added six points before halftime as well. The Tigers came out in the third quarter and recorded 13 points, as Lexington allowed the Vikings to net 20 points in the same quarter. The fourth quarter then saw Lexington score 15 points, as well as allow Humboldt to post the exact number of points to close out regulation. In overtime, it was all Lexington, as the Tigers went on to record 14 points and held Humbolt to only scoring eight points.

A big night for the leading scorer for Lexington as Rodarius Transor had a huge night from the floor. Transor finished with 30 points in the win. Caleb Gorden followed him by scoring ten points and Devin Bryant finished the contest with eight points of his own. Jakob Davis recorded seven points in the win, as well. Rocky Hurley came away with six points in the win and…