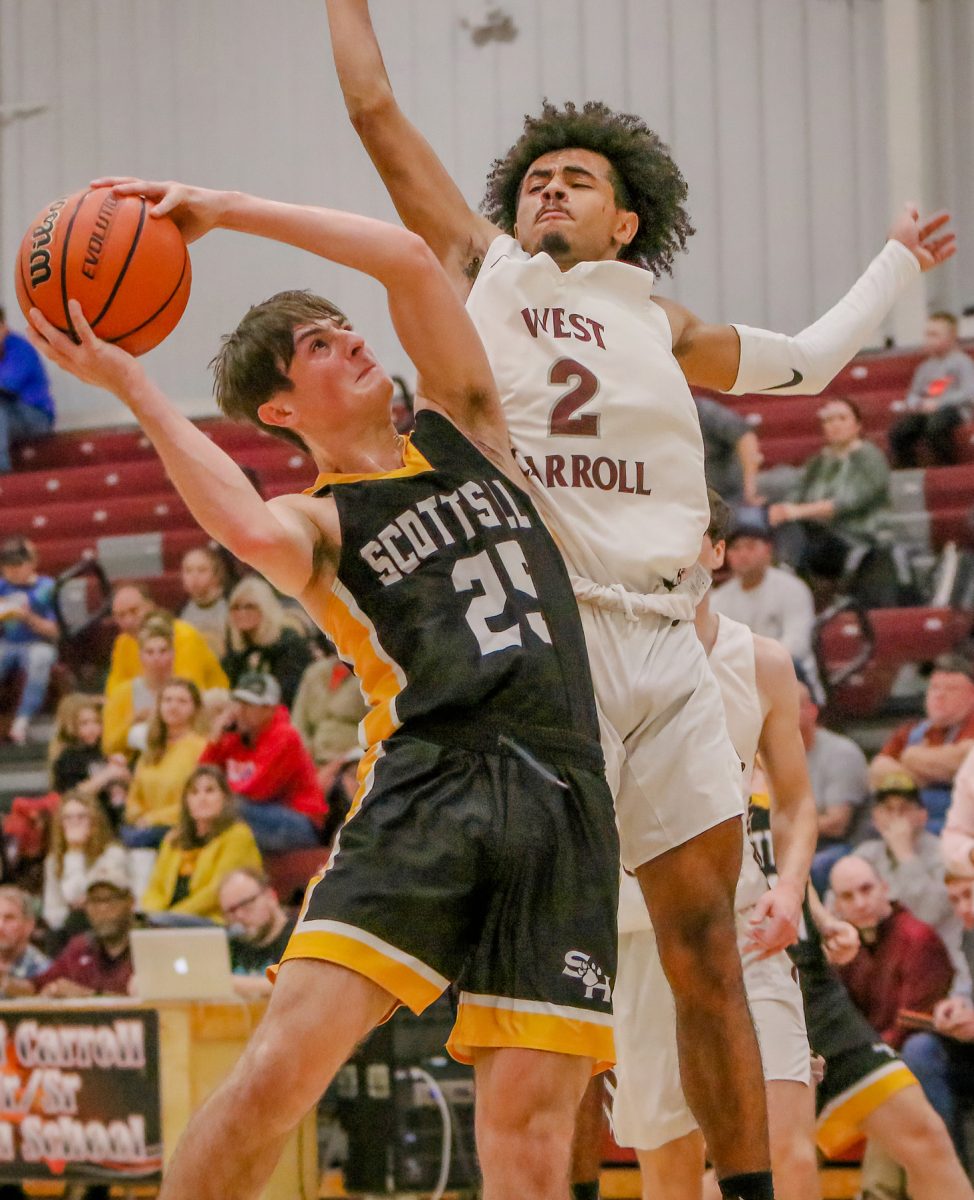 Coming off a close loss against West Carroll two days prior, the Scotts Hill Lions basketball team was on the road again last Thursday, December 16. In what was originally scheduled to be a home game for the Lions, inclement weather in the area earlier in the week pushed this game to be played at Middleton due to the Scotts Hill area not having power at the time. The Lions never got into their rhythm against Middleton and ultimately were defeated in the contest. The final score of the game was 66-39, in favor of Middleton.

The top performer for the Lions on the night was Luke Ledbetter. He, along with Riley McClain, would be the only players to reach double digits in scoring for the Lions. Ledbetter finished with 14 points, while McClain recorded 13 points in the loss. Colton Bailey followed his two teammates with scoring five points of his own. Ripken Clenny recorded four points and Malachi Johnson netted three points against Middleton.

The first quarter of play saw the Lions score 15 points but allow Middleton to score 22 points. In the second quarter, Scotts Hill outscored their opponent by a single point. The Lions scored 14 points, while Middleton netted 13 points. After halftime, Scotts Hill was only able to put nine points on the scoreboard and gave up 18 points to Middleton in the same quarter. The fourth quarter was the toughest scoring quarter for the Lions all evening. Scotts Hill netted…