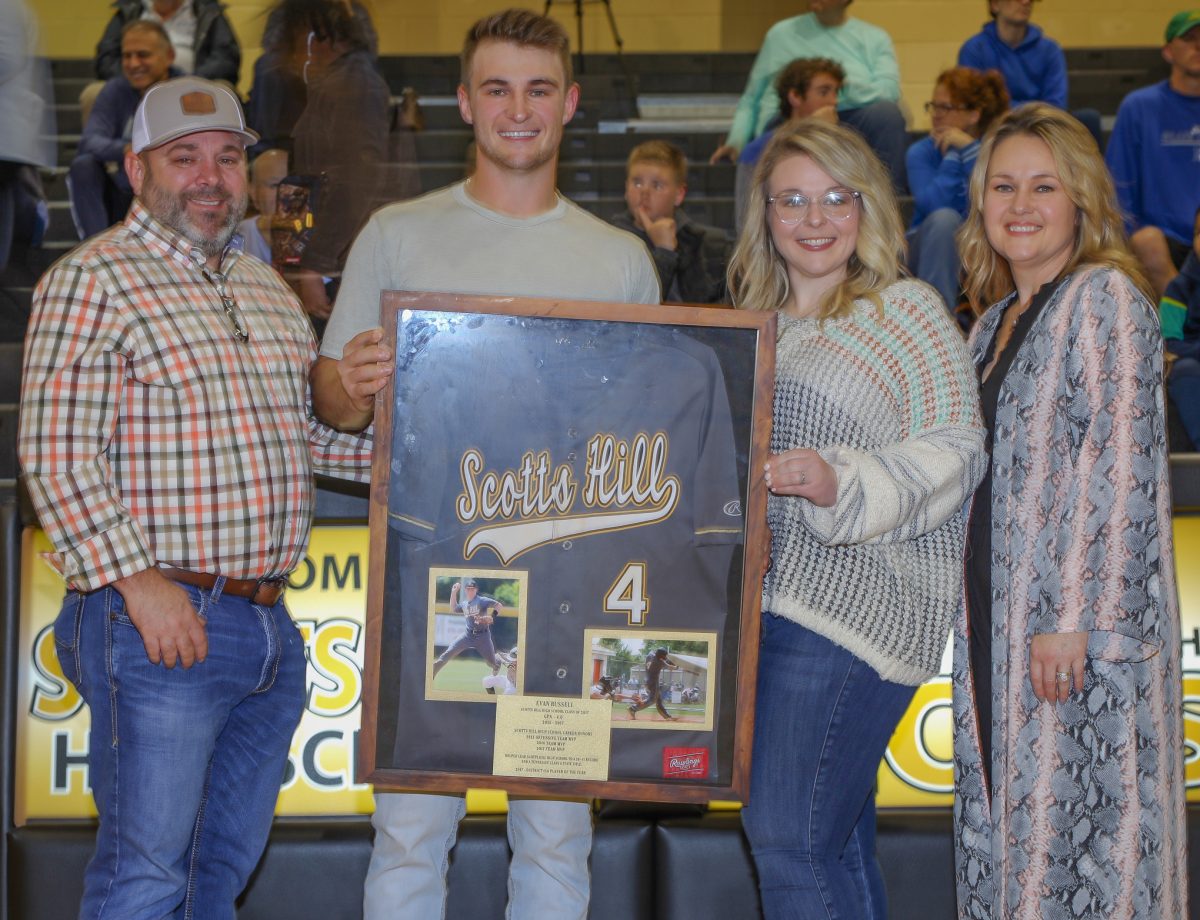 Evan Russell, a former standout baseball player for Scotts Hill High School, had his jersey retired by the school in a ceremony on Friday evening, December 17, 2021.
Photo by: Dan Eason / The Lexington Progress

In highlighting his career for the Scotts Hill High School Lions baseball team, Evan was named the 2015 Offensive Team MVP. He was also awarded the 2016 and 2017 Team MVP Award.