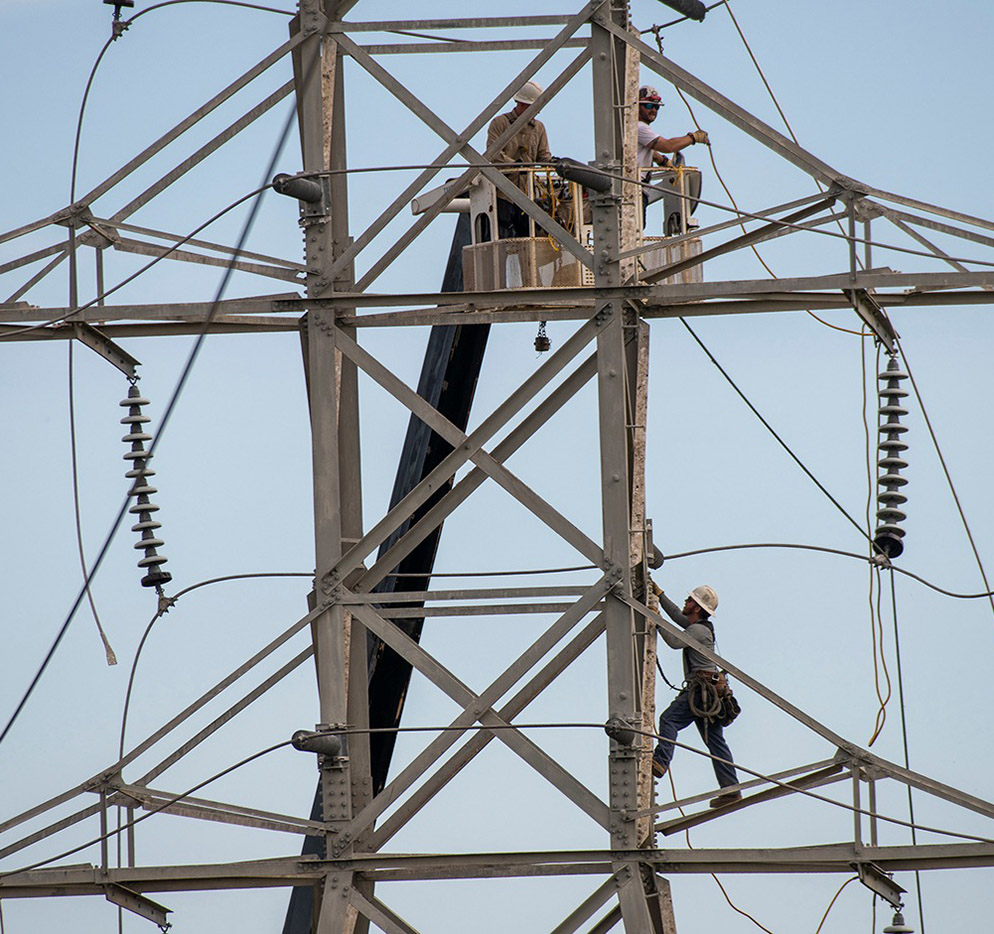 Repair is being done to the TVA towers and power lines that were affected by the recent storm damage in Henderson County.
Photo Submitted / The Lexington Progress

Lexington Electric System continued to move forward with repairing poles, lines, and transformers in the tornado stricken areas of Henderson County and the LES power grid. Although some areas have been out of power for a week, the wait has been on the repair of the major TVA transmission lines. LES made their repairs so that homes and businesses could go online as soon as TVA provided power.

Although the weather was clear on Wednesday, December 16th, windy conditions proved a challenge for TVA, who were utilizing both helicopters and high transmission linemen to effect repairs. LES kept the public in the loop every few hours saying that once the TVA lines were energized, then “LES will work to get everyone restored no matter what the…