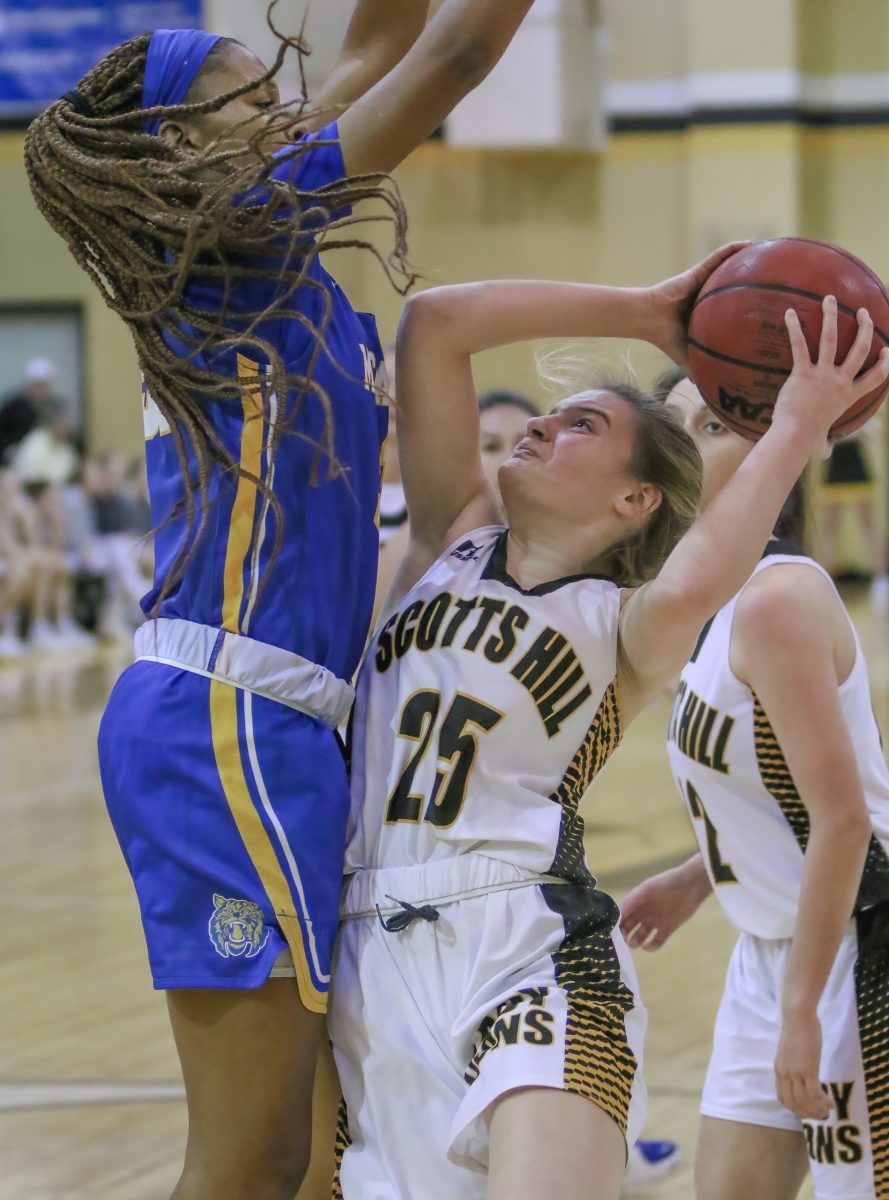 On Tuesday, December 7, 2021, the Scotts Hill Lady Lions basketball team welcomed the Lady Bobcats from McNairy Central to Reagan, Tennessee. Scotts Hill was hoping to continue the successful start to their season, but McNairy County had other plans. In a game that was close in the first half of play, it was the Lady Bobcats that widened the lead as the game went on. In the end, McNairy Central would be victorious over Scotts Hill. The final score of the contest was 48-37.

Leading the way in scoring for Scotts Hill was Heather Bartholomew. Bartholomew would record a team high 11 points in the loss. Following her was Julie Hampton who netted eight points for the Lady Lions and Jaden Scates finished with five points. Both Lacie Dunavant and Brooklyn Wilkerson recorded four points each. Kaylin Wade ended with three points for Scotts Hill and Mallory Puckett would round out the scoring by collecting two points on the night.

The Lady Lions started the game by scoring eight points in the first quarter but gave up ten points to the Lady Bobcats. In the second quarter, Scotts Hill recorded 13 points and allowed McNairy Central to score nine points. The score at halftime stood at 21-19, in favor of Scotts Hill. After halftime, the Lady Lions were only able to score four points in the third quarter and…