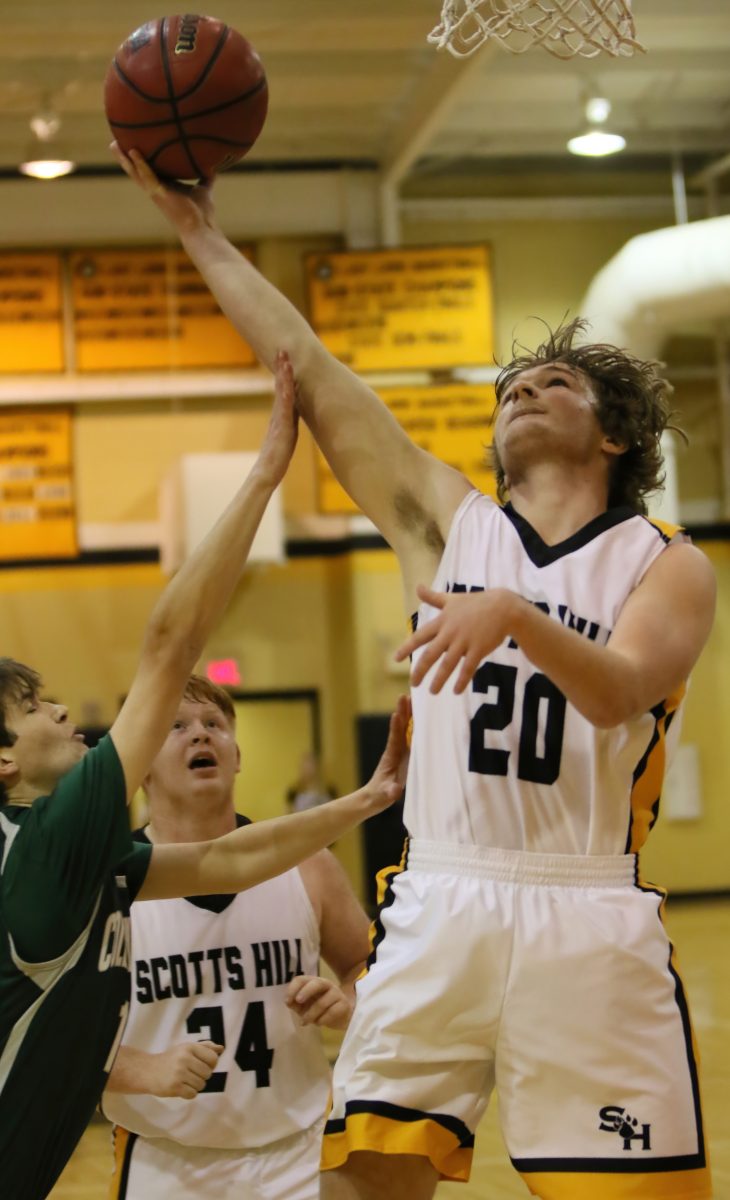 Coming off a victory in the last game, the Scotts Hill High School Lions basketball team was hoping to keep the current success going. Scotts Hill hit the road for an away game last Friday night, December 3, to take on the Rockets of Clarksburg High School. The Lions would take care of business as they coasted to a large win over Clarksburg, 73-43.

The Lions scored 16 points in the first quarter and held the Rockets to scoring 12 points to start the game. A big second quarter helped widen the gap for Scotts Hill. The Lions added 23 points to their total and held Clarksburg to only 10 points. In what seemed to mimic the second quarter play, Scotts Hill recorded another 23 points in the third quarter to Clarksburg’s nine points. The fourth quarter would see Scotts Hill allowing 12 points by the Rockets, while the Lions scored 11 points of their own.

Scotts Hill was led in scoring by Riley McClain. He would record a team high 23 points in the victory. Luke Ledbetter added 16 points and Bryce Allard finished with seven points in the game. Haden Smith netted six points for Scotts Hill and Ripken Clenny came away with five points for the team. Both Alex Chandler and Colton Bailey scored four points each and…

For the complete story, see the December 8th edition of The Lexington Progress.