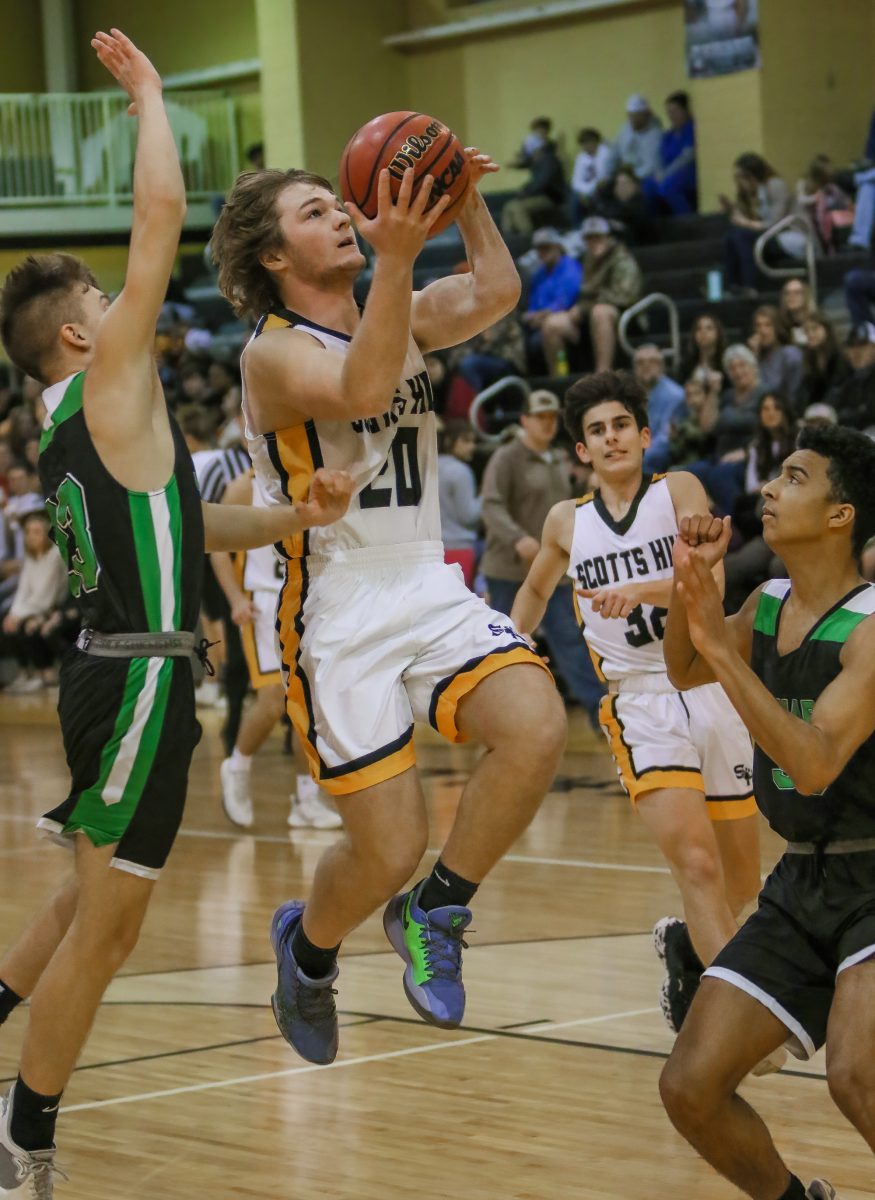 The Lions from Scotts Hill High School were back in action last Tuesday evening, November 23. Scotts Hill welcomed Big Sandy to their home court in what would be a runaway win for the Lions basketball program. Scotts Hill had no issues in defeating Big Sandy as the Lions raced away for a 70-27 win on the evening.

The first quarter started with Scotts Hill scoring 30 points and only allowing Big Sandy to score 13 to start the game. In the second quarter, Scotts Hill added another 22 points and held their opponent to two points before halftime. After coming out of halftime, the Lions would add another 13 points in the third quarter and held Big Sandy to three points. The final quarter saw Scotts Hill ease up on their opponent and only score five points, while allowing Big Sandy to score nine points in the quarter before the game ended.

Leading the way in scoring for the Lions was Bryce Allard, who collected 11 points on the night. Luke Ledbetter and Riley McClain each scored ten points in the win. Haden Smith added seven points and Kaden Hildebrand recorded six. Malachi Johnson and Carson Liles each finished with five points for the Lions and Brady Beecham had four. Maddox McClain scored three points, while Ripken Clenny, Connor Maness, Myles Maness, and…