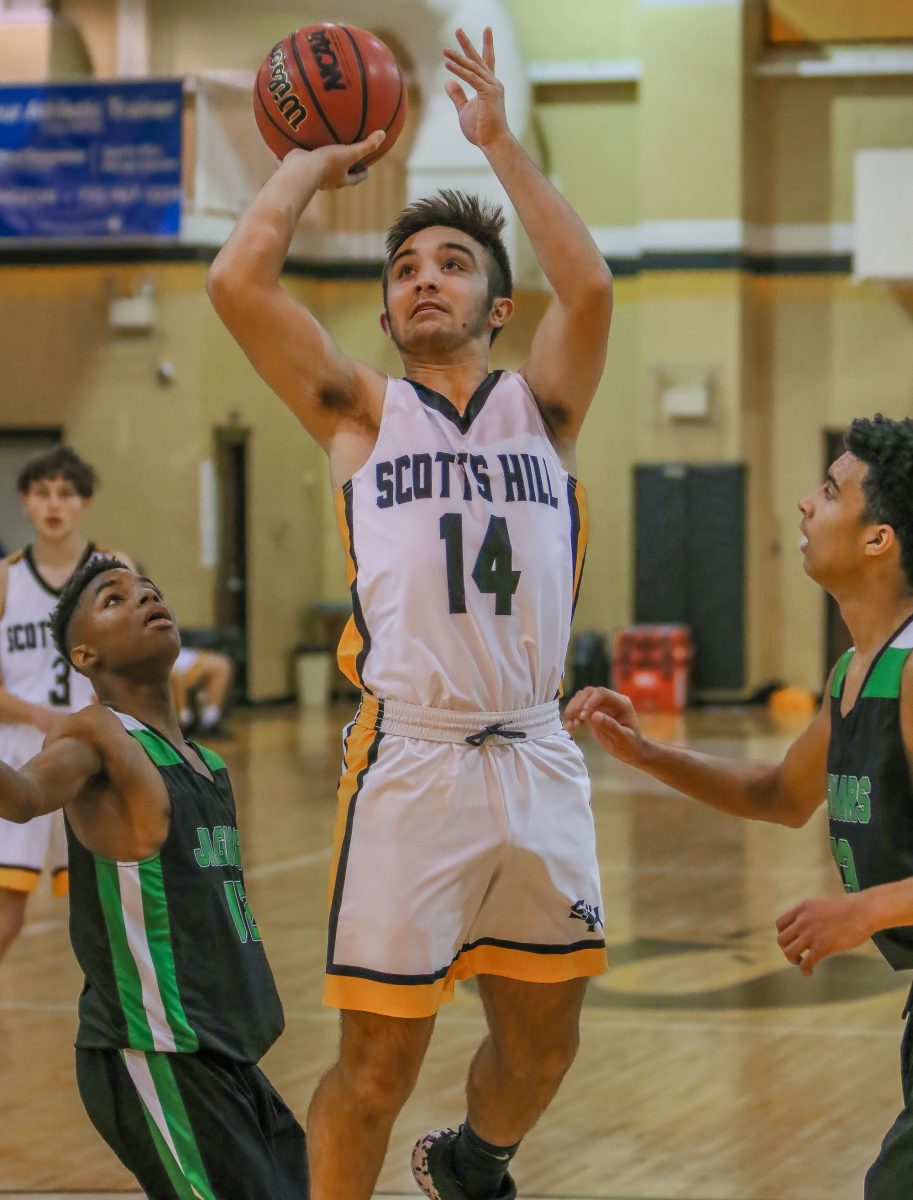 The Scotts Hill Lions basketball team took to the hardwood on Monday evening, November 29, to welcome the Carroll Academy Jaguars. This game wouldn’t be much of a contest in the end, as the Lions program jumped out to a big lead early and widened the gap as the contest continued. In the end, Scotts Hill had no problems securing a victory as the final score of the game came to be 85-35, in favor of the Lions.

The top scorer for the Lions basketball team against Carroll Academy was Luke Ledbetter. Ledbetter had a team high 15 points in the win. Malachi Johnson finished with 13 points and Kaden Hildebrand scored seven on the night. Jackson Crider would record six points in the win, as well. Bryce Allard, Clint Powers, and Silas Howard all scored five points each for the Lions. Colton Bailey added four points of his own. Myles Maness, Hayden Smith, Ripken Clenny, and Carson Liles all scored three points apiece in the victory over Carroll Academy. Alex Chandler would record two points also.

Leading in rebounds for Scotts Hill was Kaden Hildebrand with six, followed by Riley McClain, and Alex Chandler, who each secured five rebounds. Both Hayden Smith and Myles Maness had four rebounds on the night.
Bryce Allard and Alex Chandler would…