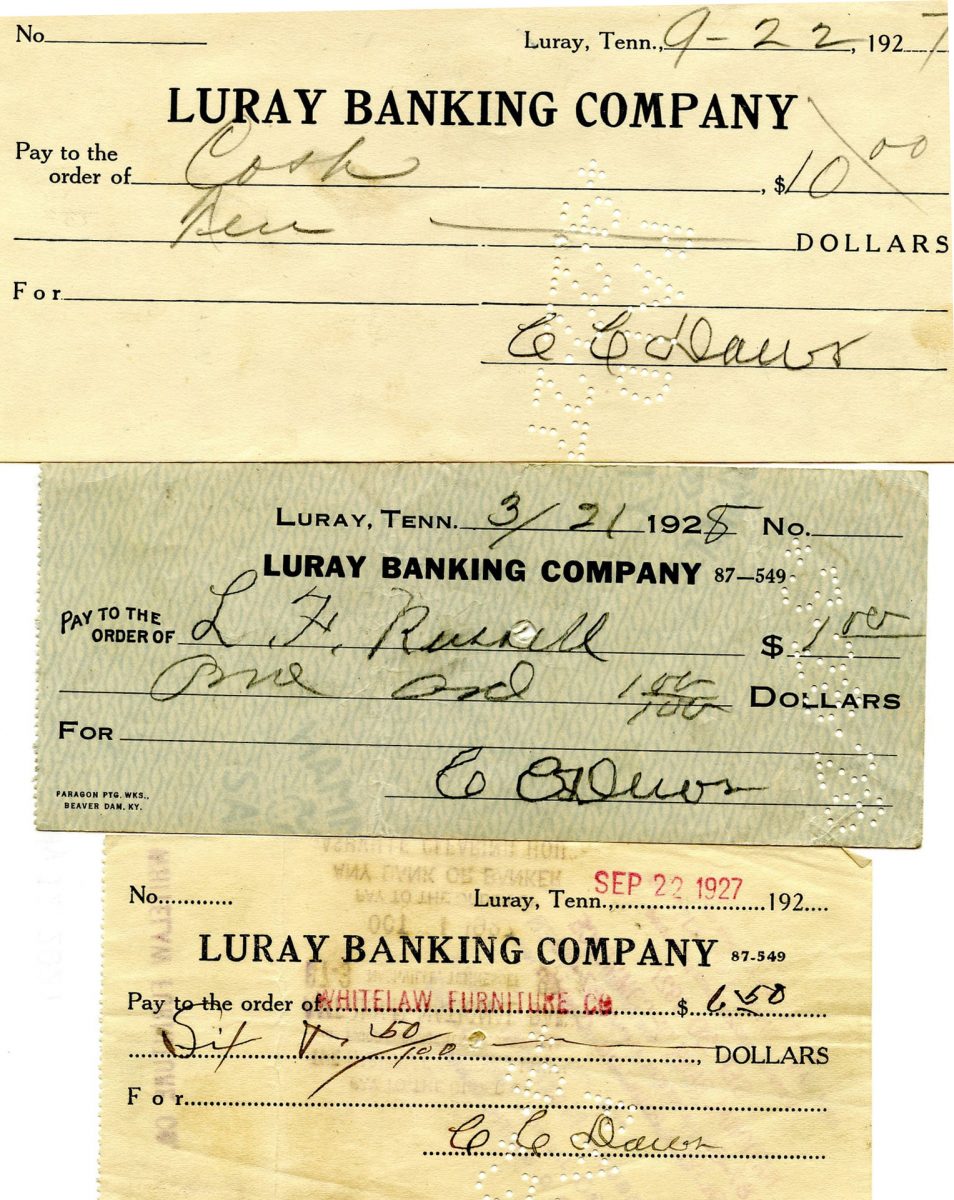 The first bank robbery in Henderson County occurred on November 21, 1927 at the Luray Banking Company.
Photo Submitted / The Lexington Progress

“The Bank of Lexington, with the late E.J. Timberlake as cashier and the late Judge John E. McCall, president, was founded in the fall of 1887, and forty years passed without even an attempted bank robbery until Monday, November 21, 1927, when a successful raid was made on the Luray Banking Company, at Luray, a village station on the N.C. & St. Louis Railway, fourteen miles west of Lexington.”

At about the hour of 1:30 p.m. last Monday afternoon, two men, who parked a Chevrolet roadster at the rear of the bank, walked into the front door, unmasked and each carrying two pistols. They found cashier J.W. Hamilton and his assistant, Lon Daws, who, of course, were made to do the bidding of the robbers. Both robbers were young men, one larger than the other, and both were of dark complexion. We hear that the robbers threatened to put the bank officials in the…