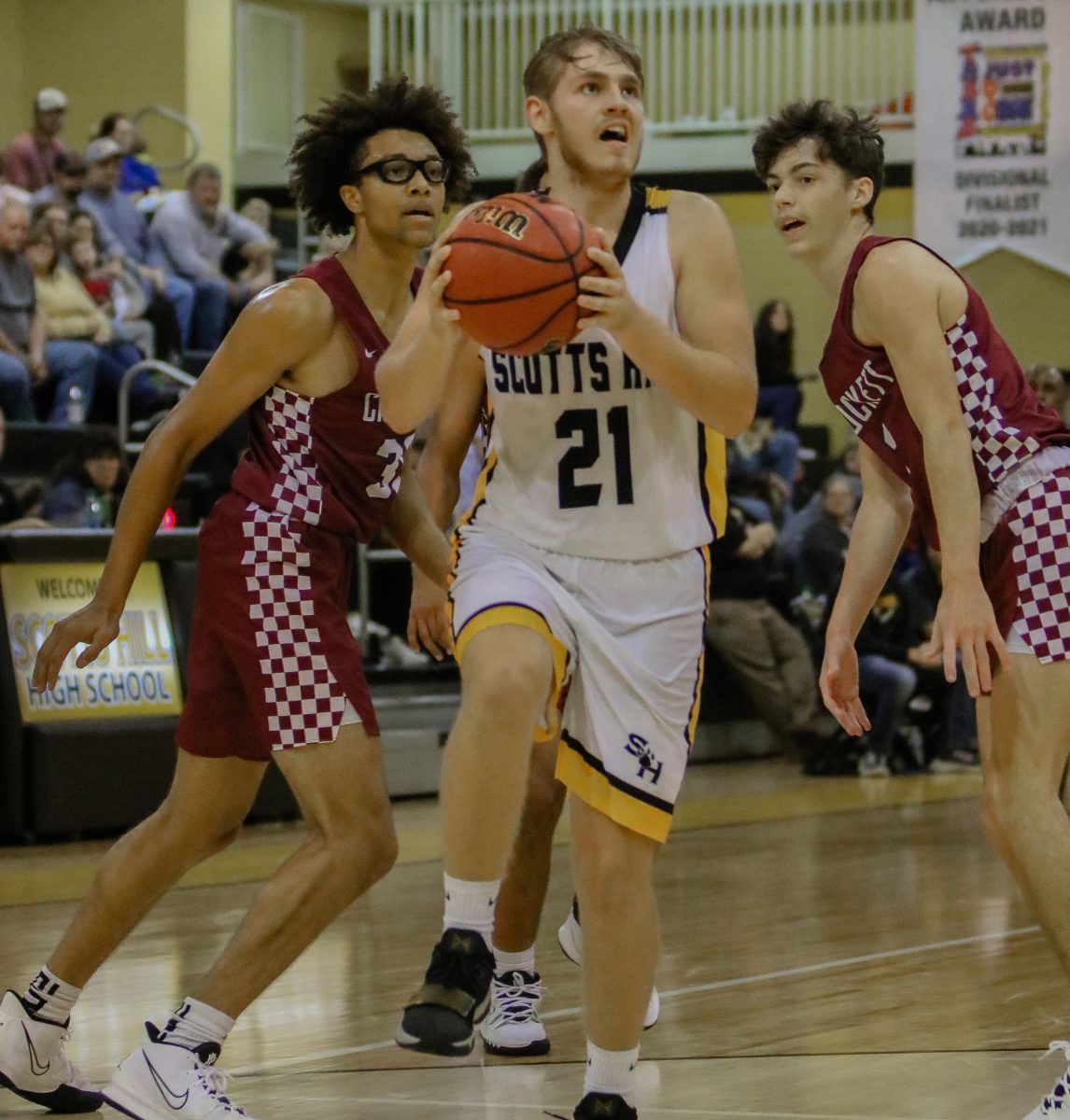 Coming off a win to open their season, the Lions were looking to keep the momentum going when Crockett County came to town last Thursday night, November 18. Scotts Hill is starting the season on a five-game home stand in front of their many fans and supporters. The Lions were in for a fight against the Cavaliers but ultimately Scotts Hill got the win. The final score of the contest was 68-65.

The leading scorer for the Lions in this game was Riley McClaine. McClaine would net 20 points in the win. Both Bryce Allard and Luke Ledbetter each followed by scoring 15 points of their own. Colton Bailey collected eight points against Crockett County and Ripken Clenny had six points in the game. Alex Chandler finished the night by scoring four.

From behind the arch, McClaine led the team with three shots made. Ripken Clenny finished the evening with two and both Bryce Allard and Luke Ledbetter had…