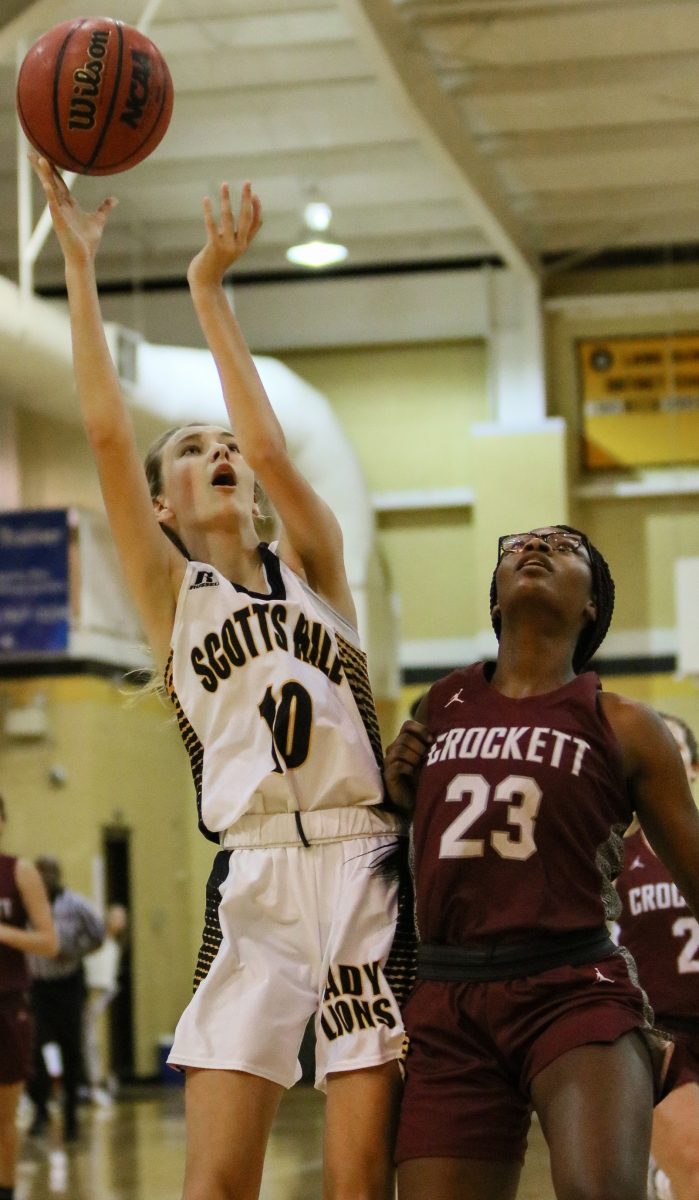 Scotts Hill opened the game by scoring eight points in the first quarter and allowing the Cavaliers to score seven points. The same scenario would take place in the second quarter, as the Lady Lions scored 12 points, and gave up 11 points to Crockett County. Coming out after halftime, it was still a close battle. Scotts Hill would score nine points and the Lady Cavaliers managed to put eight points on the scoreboard. In the final quarter of play, the Lady Lions collected eight points and surrendered ten to Crockett County but held on for the victory.