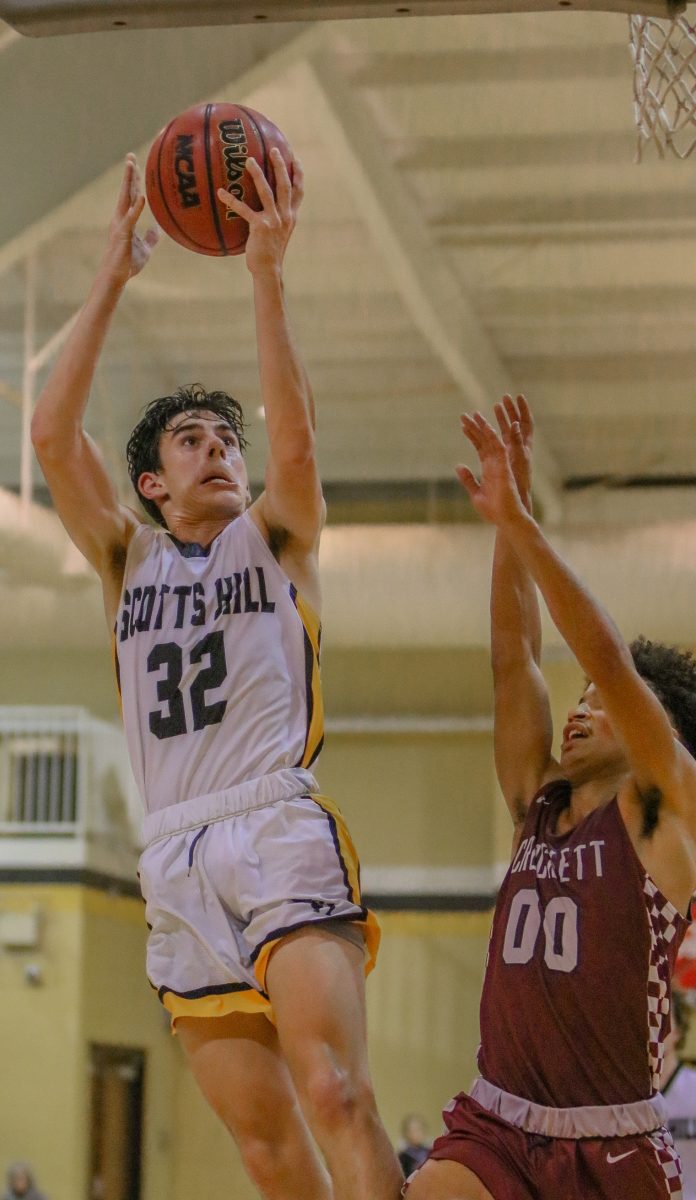 Last Tuesday evening, November 16, 2021, the Scotts Hill Lions basketball team tipped off their season by hosting Frank Hughes in Reagan, Tennessee. This is one of the annual Hall of Fame games that Scotts Hill participates in each year. The Lions got things rolling quickly and made sure to start off on the right note. Scotts Hill came away victorious over Frank Hughes by a final score of 63-47.

The Lions jumped out to a big lead after the first quarter in which the team scored 27 points and only allowed ten in the opening frame. Scotts Hill then struggled a bit on offense in the second quarter and only scored five points before halftime. The Lions would lead Frank Hughes at the half, 32-24. Coming out in the third quarter, Scotts Hill put their feet back on the gas and threw up 14 points on the scoreboard, allowing Frank Hughes to score ten. Then, in the final frame of the contest, the Lions amassed 17 more points before allowing Frank Hughes to score 13 in the final quarter of play.

Leading the way in scoring for the Lions in the game was Riley McClain who scored 17 points for Scotts Hill. Luke Ledbetter followed with 13 and Ripken Clenny scored 12 points in the win. Alex Chandler collected seven points for the Lions and Connor Maness finished with…