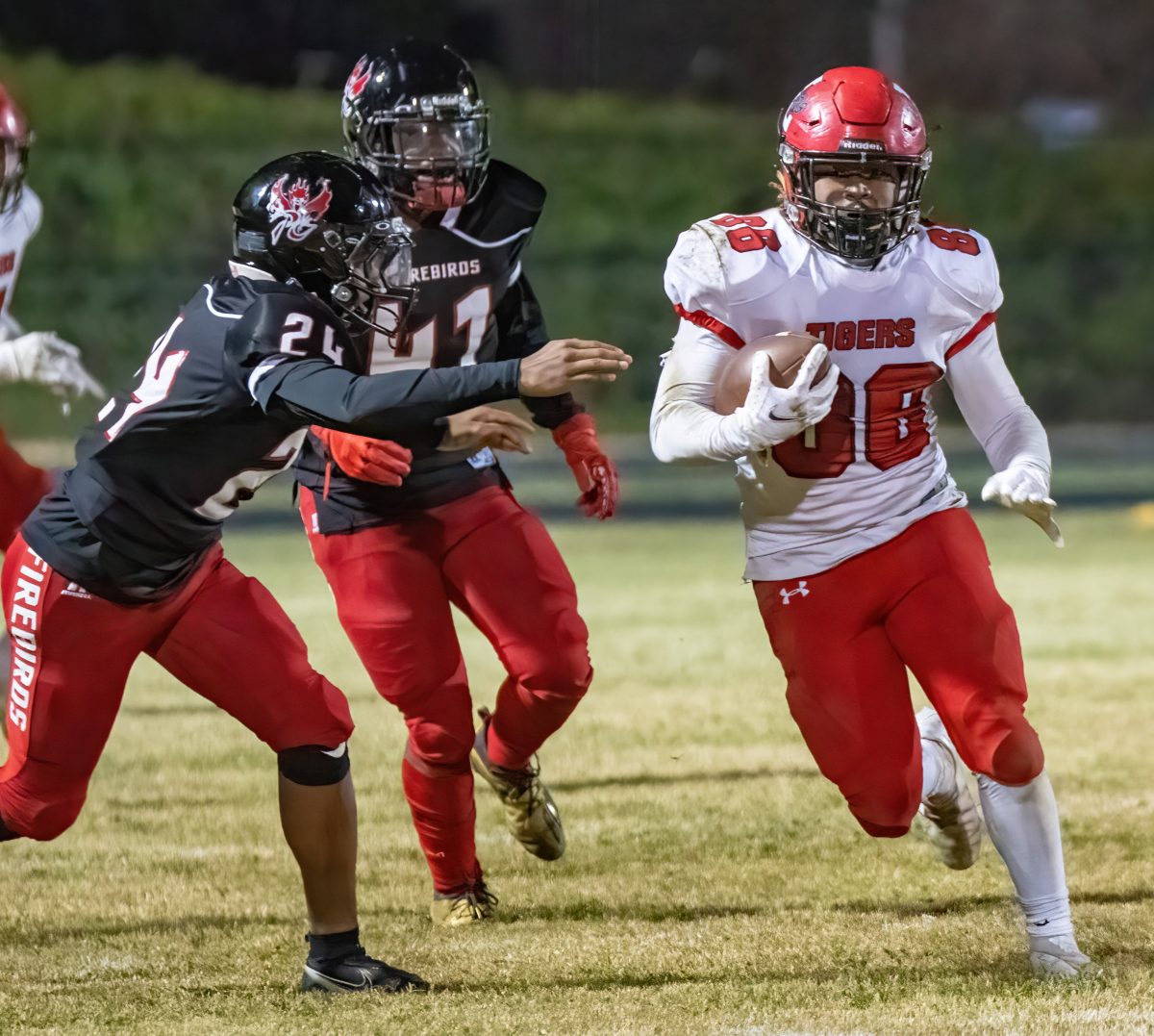 This past Friday night, November 5, 2021, the Lexington High School Big Red Tigers made their way into Middle Tennessee to take on Pearl-Cohn in the first round of the TSSAA State playoffs. A tough task ahead of them, the Tigers gave their best effort to continue their season and hopes of making it deeper in the playoffs. After the time ran out on the official clock, it was Pearl-Cohn who took the victory over Lexington. The final score was 56-16, in favor of the Firebirds.

Ethan Jowers would get the start at quarterback for the Tigers on the night. Jowers finished 2 of 9 for ten yards, with no turnovers and did not reach the end zone in the game also.

The rushing game for Lexington against the Firebirds was able to collect a total of 192 yards on 39 attempts. Leading the way for the Tigers was Isiah McClaine who finished with 118 yards on 19 carries. McClaine also reached the end zone once for Lexington as well. Deandre Weathers followed that production with 60 yards of his own, rushing the ball 12 times. Weathers scored once for the Tigers, also. Cameron Utley had six carries for 12 yards and…