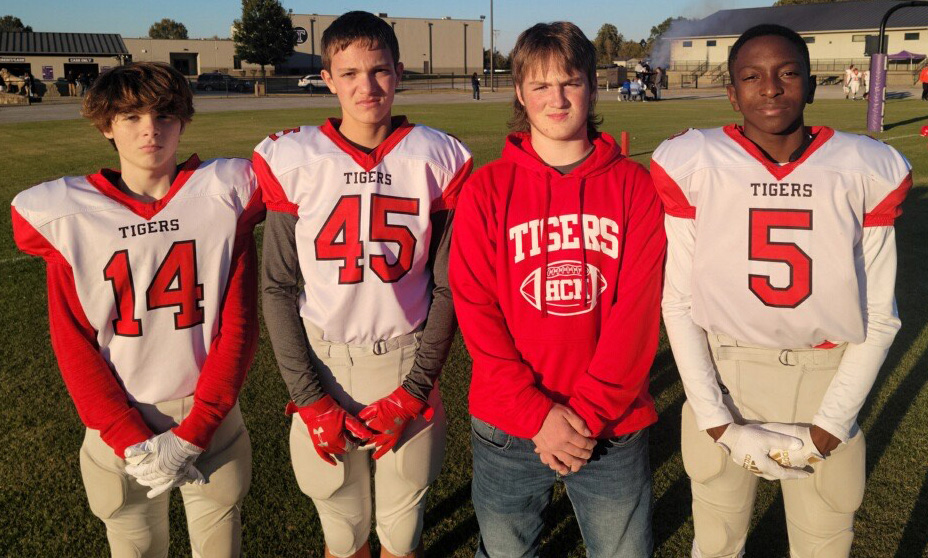 The Henderson County North Tigers had four players that were elected to play in the West Tennessee All-Star Game at Trinity Christian Academy. Players pictured are: (L-R) Skylar Phipps, who played linebacker in the game and made a couple of tackles, Russell Wilson, who played tight end during the game, Mason Goodman, who was elected to play defensive end but was unable to play, and Cameron Gorden, who played cornerback and made a few big plays for his team.

For this and other interesting articles, see the November 10th edition of The Lexington Progress.