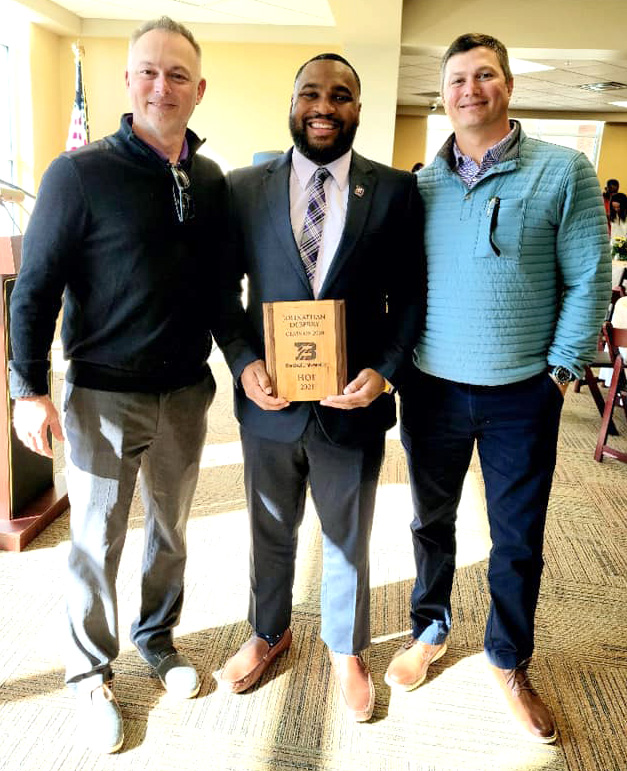 Johnathan Deberry, a former multi-sport athlete at Lexington High School and also a former baseball player for Bethel University, was elected to the Bethel Athletic Hall of Fame on Saturday, November 6, 2021. This is an outstanding accomplishment by the well deserving athlete during his time with the Wildcat program. Johnathan is now part of the Lexington High School Tigers football coaching staff.

During his time at Bethel University, from 2006 to 2010, Deberry is regarded as one of the best to ever put on a Bethel Wildcat jersey. He was selected to the all-conference team twice while with the team. He had a batting average of .421 during his senior season at Bethel and also holds the season record for being hit by a pitch, which was 22 times that year. He joins the list of 16 previous players to hit better than .400 in a single season in the history of the school.

Johnathan was named the Bethel Male Athlete of the year in 2010 and also ranks 5th in program history in hits and at bats. He collected 176 total hits in his collegiate career and had 500 plate appearances as well. Another record Deberry holds is that he comes in second all-time with seven triples accumulated as a Wildcat. Johnathan also collected 16 home runs during his time with the team.

He is the all-time leader in runs scored in program history with 154 runs scored and comes in 6th place within the program for RBIs, with 180.

After his playing days at Bethel University, Johnathan Deberry was drafted by the San Francisco Giants, which he played two seasons of minor league baseball.

In getting to speak with Johnathan, he shared with us his thoughts on his time while at Bethel University, his coaches, and some moments that stood out to him.
Deberry stated, “Bethel baseball will always be special to me. It means a lot more to me than just the act of playing baseball. It made me hungry for success. It made me…