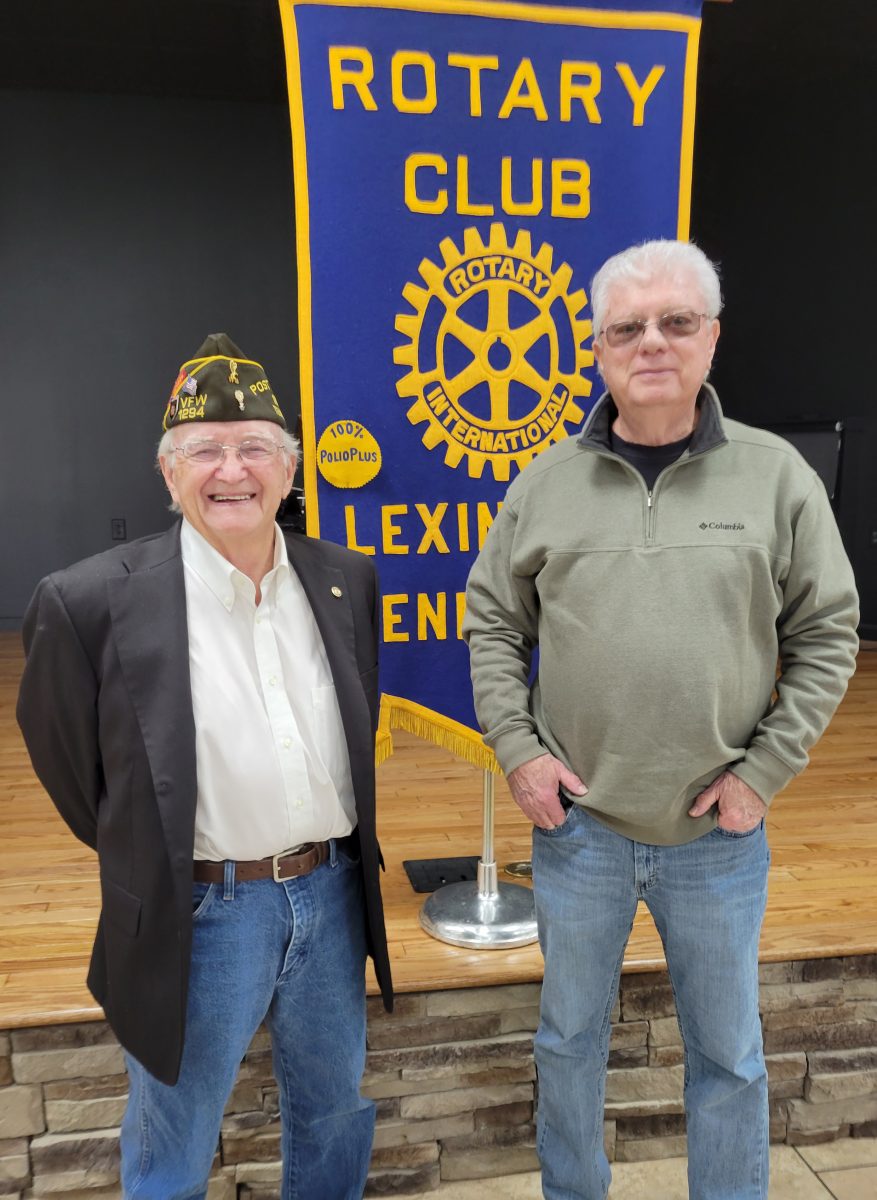 Two Vietnam veterans, David Jowers and John Weant, were the special guest speakers for the November 2, 2021, meeting of the Lexington Rotary Club. David and John spoke about their tour of service in Vietnam. John said that he received his draft notice and spent some time in Ft. Dix before arriving at Vietnam. “I wasn’t really scared, but I was apprehensive about how well I would do my part, and do what had to be done,” he said. Being from the South, he thought he could handle the heat, but the humidity was 100% and temperatures sometimes above 120 degrees.

He was deployed to a Ranger unit to replace one that had been decimated by casualties. He spoke about how guard duty was done and how the perimeter was cleared around the site. He had several close calls, and had to be vigilant for surprise attacks, and the trenches were often full of water, but hills weren’t any better, as they were washed off a hill once by torrential downpours. “We were often hit ten or twelve times a day by heavy enemy fire, couldn’t shower, and lived on C-rations for weeks at a time.” It wasn’t all tragedy, however, and he related several humorous events and stories, once chasing off a cobra snake and dealing with some scorpions. “You think we have mosquitos over here,” he laughed, “but you haven’t seen mosquitos until you’ve been over there.”

“1968 to 1969 are just a vivid to me now as they were then,” David said as he came to the podium, “and that’s been fifty years ago.” He also talked about getting that brown envelope that enclosed the draft notice and read his letter from the President. “I knew that didn’t come from the President,” he laughed. He was assigned to…

For complete coverage, see the November 3rd edition of The Lexington Progress.