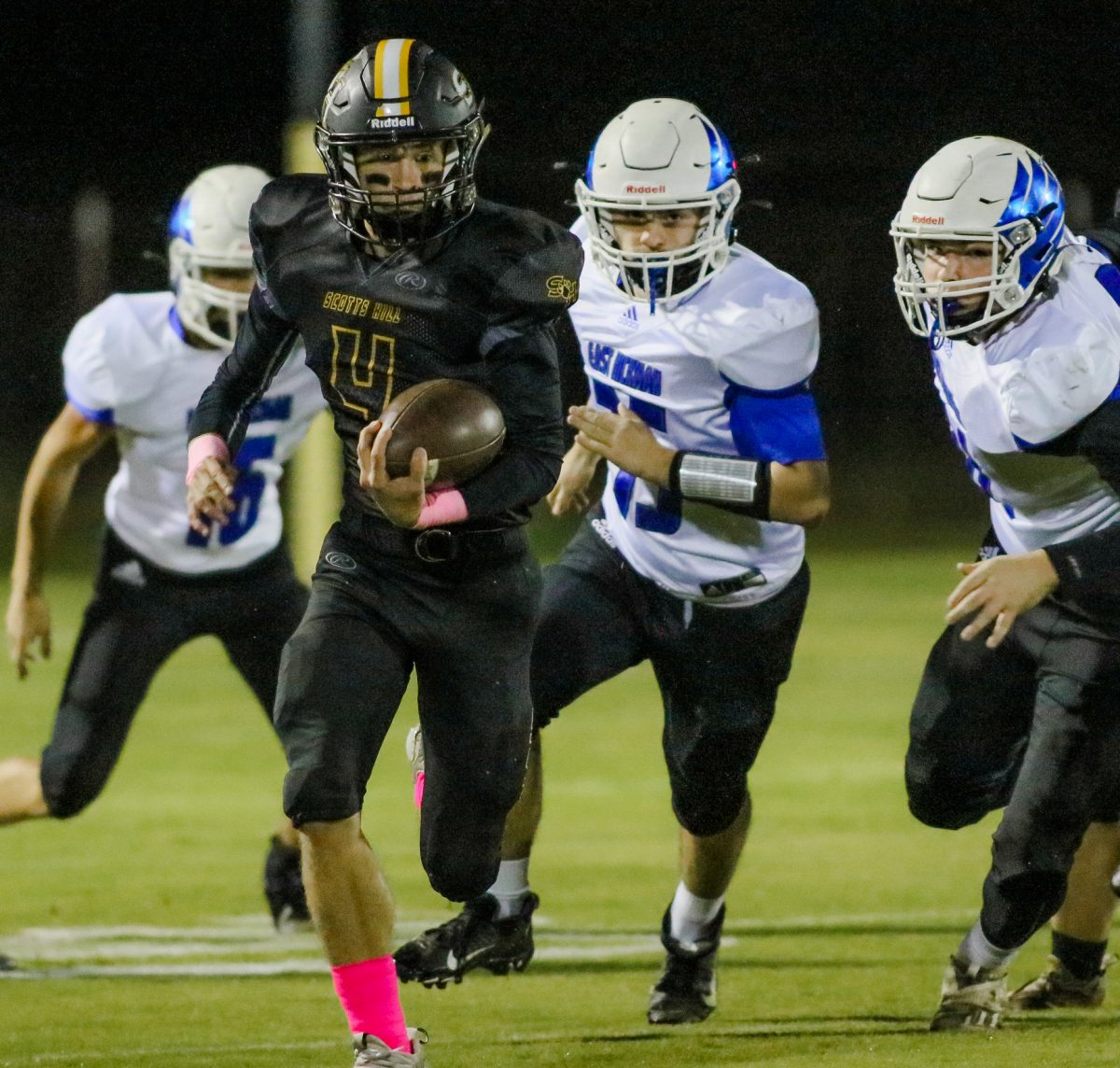 Leading after one quarter of play was Scotts Hill, as the score was 14-7, after the first quarter. The Lions were not able to reach the end zone in the second quarter and allowed East Hickman to score six points. At halftime, Scotts Hill had the lead by a score of 14-13. The third quarter proved to be detrimental for the Lions as they gave up 22 points to their opponent and only scored seven points of their own. In the fourth quarter, Scotts Hill was able to score six more points but again allowed East Hickman to score seven points to end the game.

Ripken Clenny was 10 of 16 passing on the night, accumulating 53 yards in the air. Clenny threw for a touchdown against East Hickman but also tossed two interceptions as well. Kyle Carter ended one of two on the night for 11 yards and also threw an interception for the Lions.

On the ground, Scotts Hill was able to collect 141 yards as a team. Ripken Clenny was the leading rusher, collecting 62 yards on 14 carries. Cole Powers recorded 43 yards on two attempts, scoring a touchdown in the process. Jayden Johnson had three carries for 17 yards and…

For complete coverage, see the November 3rd edition of The Lexington Progress.