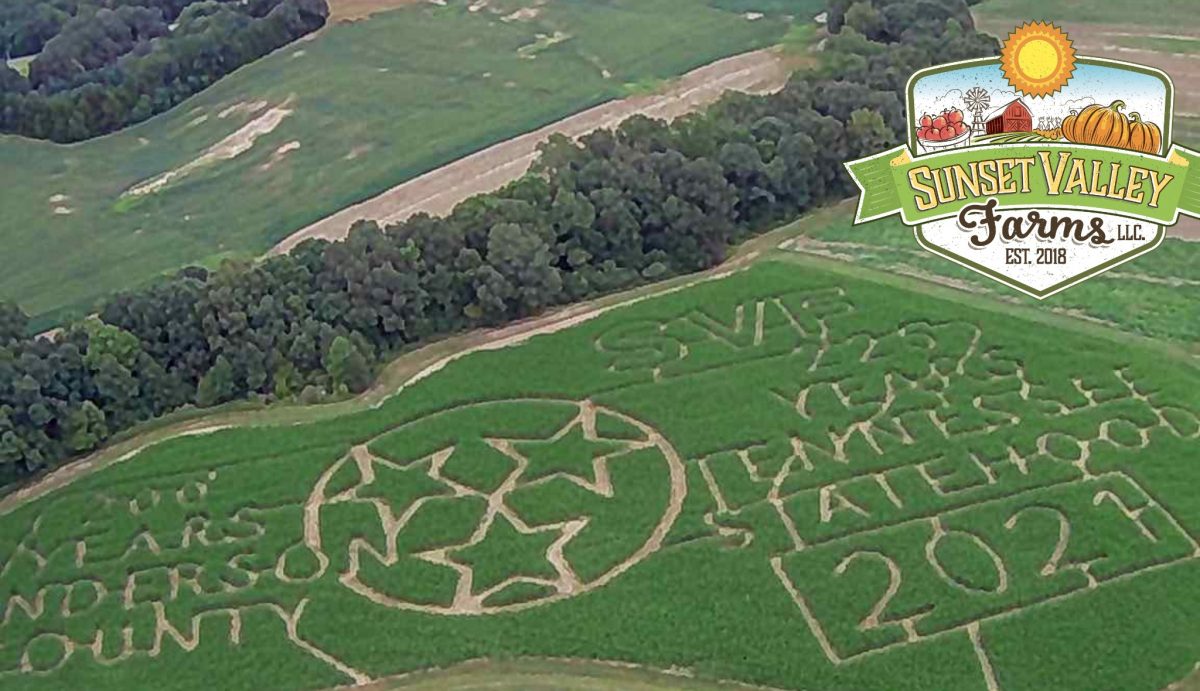 Henderson County is one of those unique areas celebrating its 200th birthday, and the event is made even more unique by the one-of-a-kind, state of the art, Bicentennial Maze at Sunset Valley Farms.

Sunset Valley has its signature maze for Halloween, along with a playground and giant slide, but this year, to celebrate Henderson County, they have added a multi-acre maze.

West Tennessee was opened for settlement after the purchase of the area from the Chickasaw Nation in 1818, and an act of legislature on November 6, 1821, created just a handful of counties, including Henderson County. Some of the surrounding counties came later. McNairy County wasn’t created until 1823, Decatur was created in the 1840’s from Perry and Henderson County, Chester wasn’t organized until 1882 from Henderson, Madison, Hardeman, and McNairy, and Crockett was created in 1871. Hardin County was originally part of Middle Tennessee and was created in…