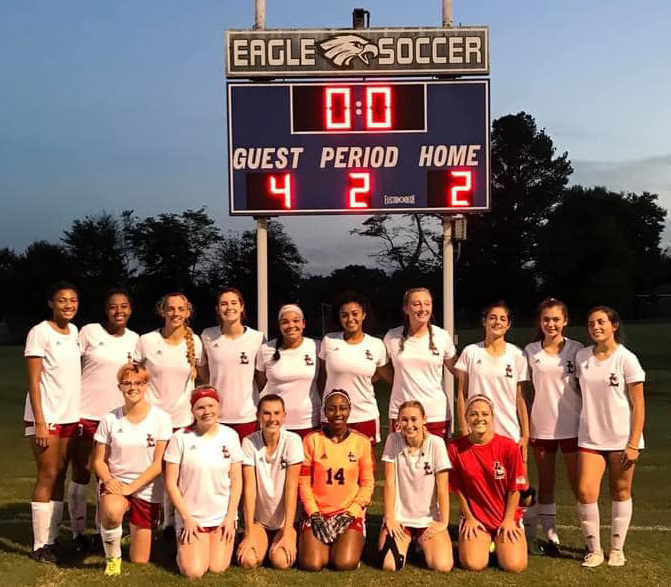 Last week, the Lexington High School Lady Tigers soccer team advanced to play Chester County on Tuesday, October 12, 2021, in the district tournament. LHS did not let intimidation defeat them as they played with confidence and intensity, which led to a comeback victory after an earlier season loss. This was a well-deserved win on that Tuesday (which is the team’s first victory against Chester County in at least four years) at Chester County, with a final score of 4-2, that pushed the team on to go up against McNairy in the District Championship game. Goals for Lexington were scored by Hailey Hudgens and Kylie Waldrep.

Also, if you have been following the Lady Tigers season, you’d also remember that LHS lost to McNairy County earlier in the season, by a final score of 3-2, in two over time periods and two penalty kick rounds for a painful upset.
Lexington took that upset and turned it into motivation as the team worked together as one on the field. The grace the ladies showed on Thursday, October 14, 2021, was nothing short of magnificent. The team amazed the crowd, receiving another standing ovation during the final minute countdown on the scoreboard until the buzzer confirmed the Lady Tigers 3-2 victory against McNairy County. Jasmine Finch scored a beautiful goal and Hailey Hudgens scored…