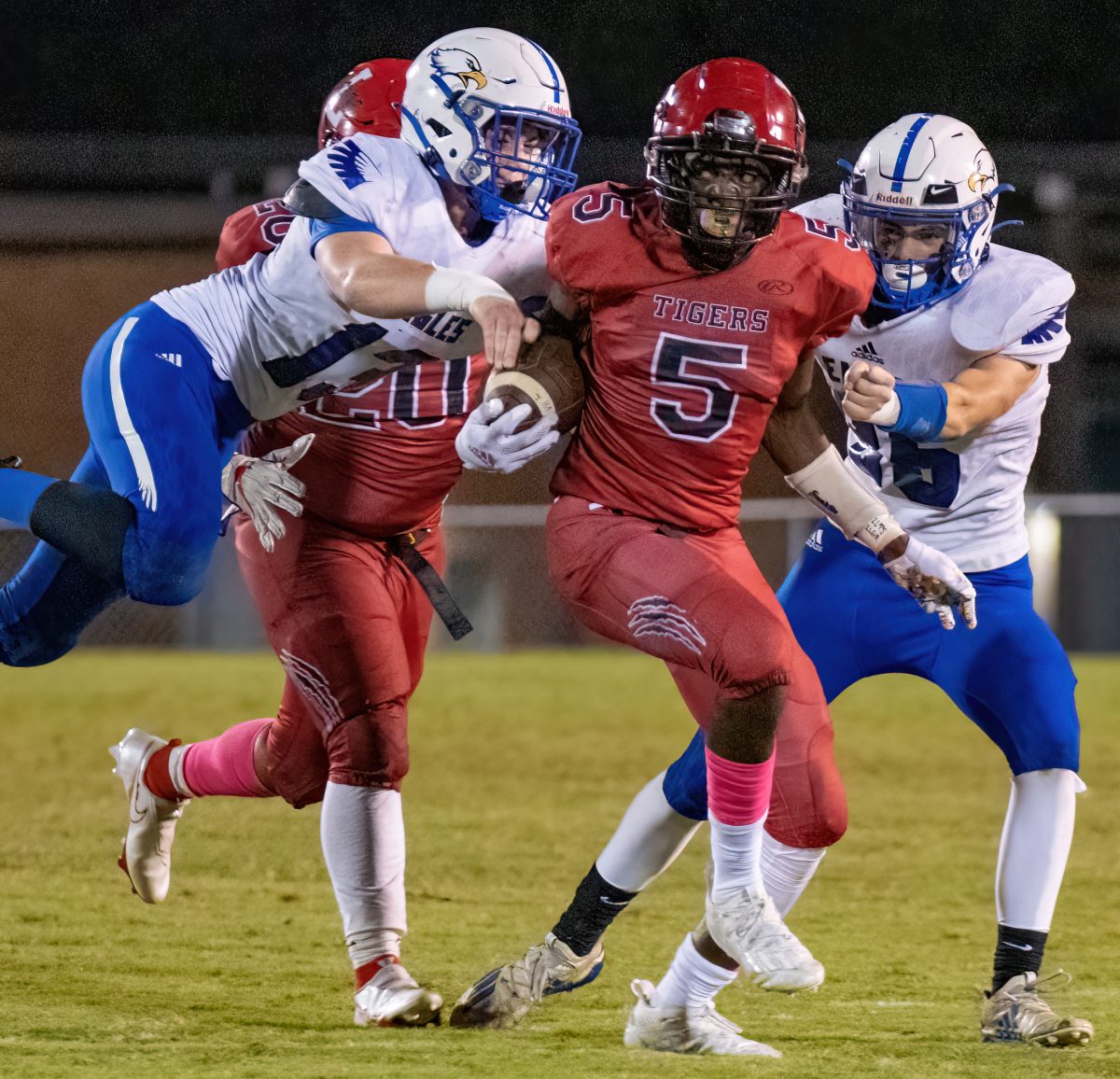 On a special night for the seniors of the Lexington High School football team, the senior night ceremony was held before kickoff of the football game against Chester County last Friday night, October 15. The Tiger football team wanted to honor those seniors with special recognition beforehand and also by bringing a victory for their final regular season home game played at Tiger Stadium. With parents, fans, and supporters in the stands, that is exactly what the team did against the Chester County Eagles. Lexington went on to cruise in this game and defeated Chester County, 34-0.

The first quarter started out with Lexington scoring the only points of the opening quarter as they put six points on the board. The second quarter saw the Tigers add 14 more points before heading into halftime with a 20-0 lead. Coming out of the half, Lexington would add seven more points in each the third and fourth quarters and did not allow Chester County to reach the end zone as they completed the shutout against the Eagles.

Starting quarterback Ethan Jowers would finish 7 of 13 on the night passing, accumulating 110 yards and threw for three touchdowns for the Big Red.

The Tigers’ leading receiver was senior Caleb Gorden who had four catches for 56 yards. Gorden collected two receiving touchdowns on the night. TJ Hart followed by catching two passes for 17 yards and Isiah McClaine would record 37 yards on one catch. McClaine also recorded a…