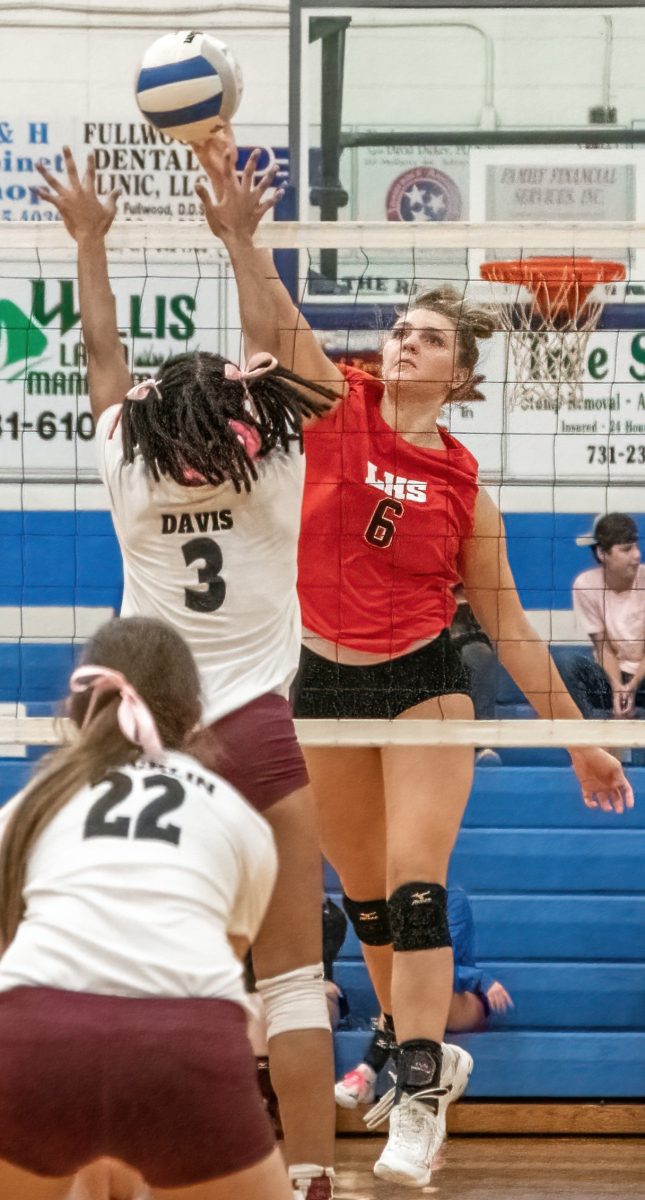 The Lexington High School Lady Tigers volleyball team looked to grab a District 13AA semifinal win last Tuesday night at McNairy County High School. Lexington took on Hardin County in a match that a win sent them to the district championship game. The Lady Tigers were up for the challenge as the team would win in three straight sets over Hardin County, 25-9, 25-13, and 25-14.

Leading the Lady Tigers in kills in the match was Callie McDonald. She recorded 10 in the win. Ellie Smith followed her with nine to go along with Preslee Doner’s seven. Morgan Sanders would also finish with two kills over Hardin County.

Kylie Atchison led the team in assists with 24. Emmy Corbitt recorded one assist, as well. Ellie Smith would be the team leader in blocks with three. Following her in blocks were both Preslee Doner and Morgan Sanders who each recorded one block in the victory.

As for aces for the Lady Tigers, Ellie Smith led the team with five. A trio of Lady Tiger players each recorded two aces against Hardin County. Those players were Riley Owens, Morgan Sanders, and Kylie Atchison. Emmy Corbitt finished with…