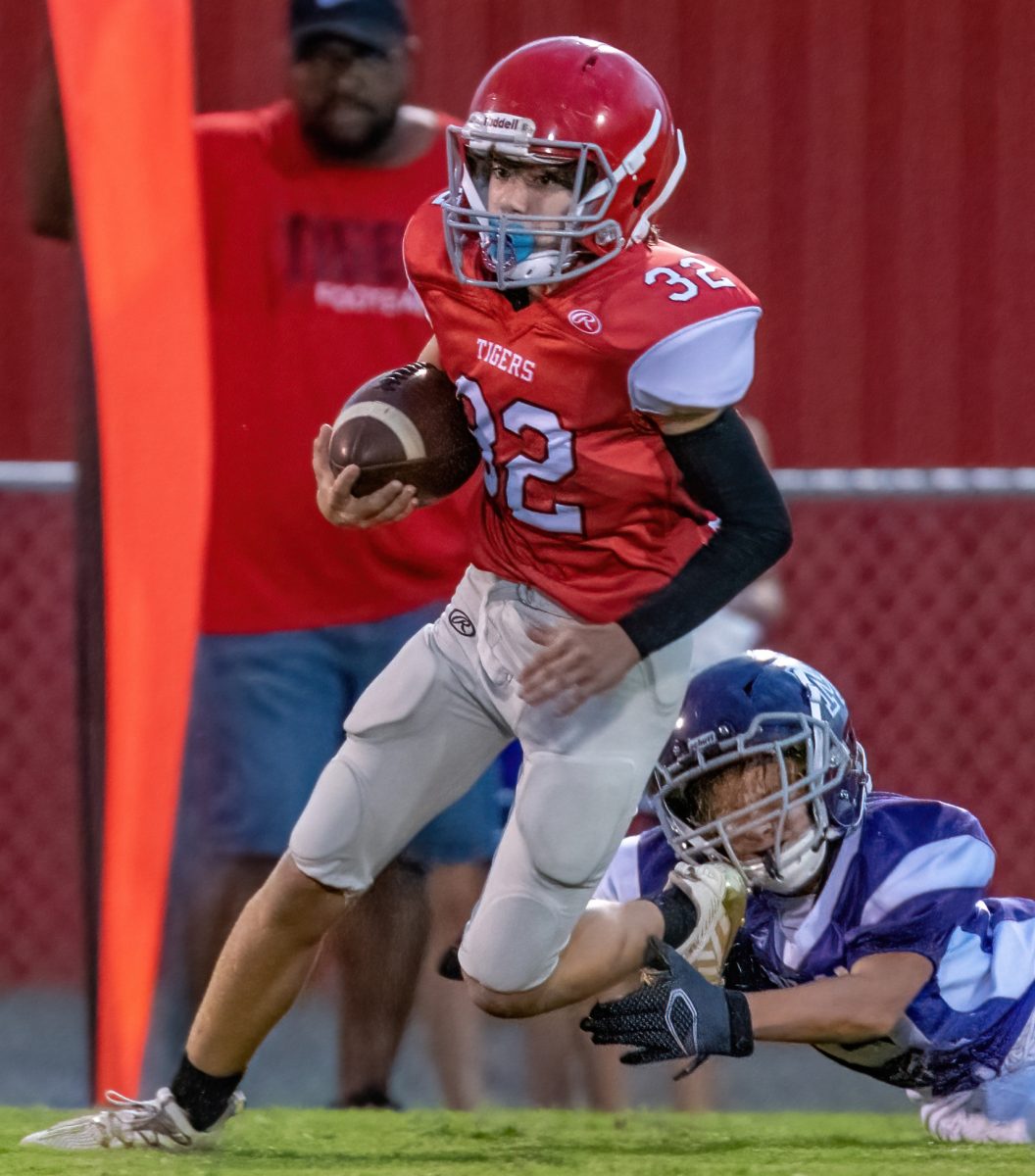 Henderson County North traveled to Bolivar to play their last regular season game on Thursday, September 30, 2021. The Tigers offense received the ball first and went to work. Slot receiver Cameren Gorden did most of the work on the opening drive, gashing the Bolivar defense with several good runs. Mason Taylor and Kody Coleman added a couple of good runs as well. Ross McDaniel rolled out to pass from the 12-yard line but decided to keep it himself to score the game’s opening touchdown. McDaniel carried the ball for the two-point conversion as well, making the score 8-0.

The HCN defense would hold Bolivar on their ensuing drive and the Tigers offense got back to work. This drive saw the Tigers effectively mix the run with the pass as they moved the ball down the field. The biggest play of the drive was a completion from McDaniel to tight end Russell Wilson for 24 yards, to put the Tigers in scoring position. On the very next play, the Tigers hit Bolivar with a quarterback draw that went for 25 yards and another score. This would be McDaniel’s second touchdown of the night making the score 14-0. The two-point conversion attempt ultimately was denied.

Henderson County North would hold again on defense, but so would the Bolivar defense as both teams would trade possessions to end the half. The score at the half would be 14-0, in favor of HCN.

The Tigers defense went back to work in the second half protecting the 14-0 lead. The Tigers offense had other opportunities to score in the game, but…