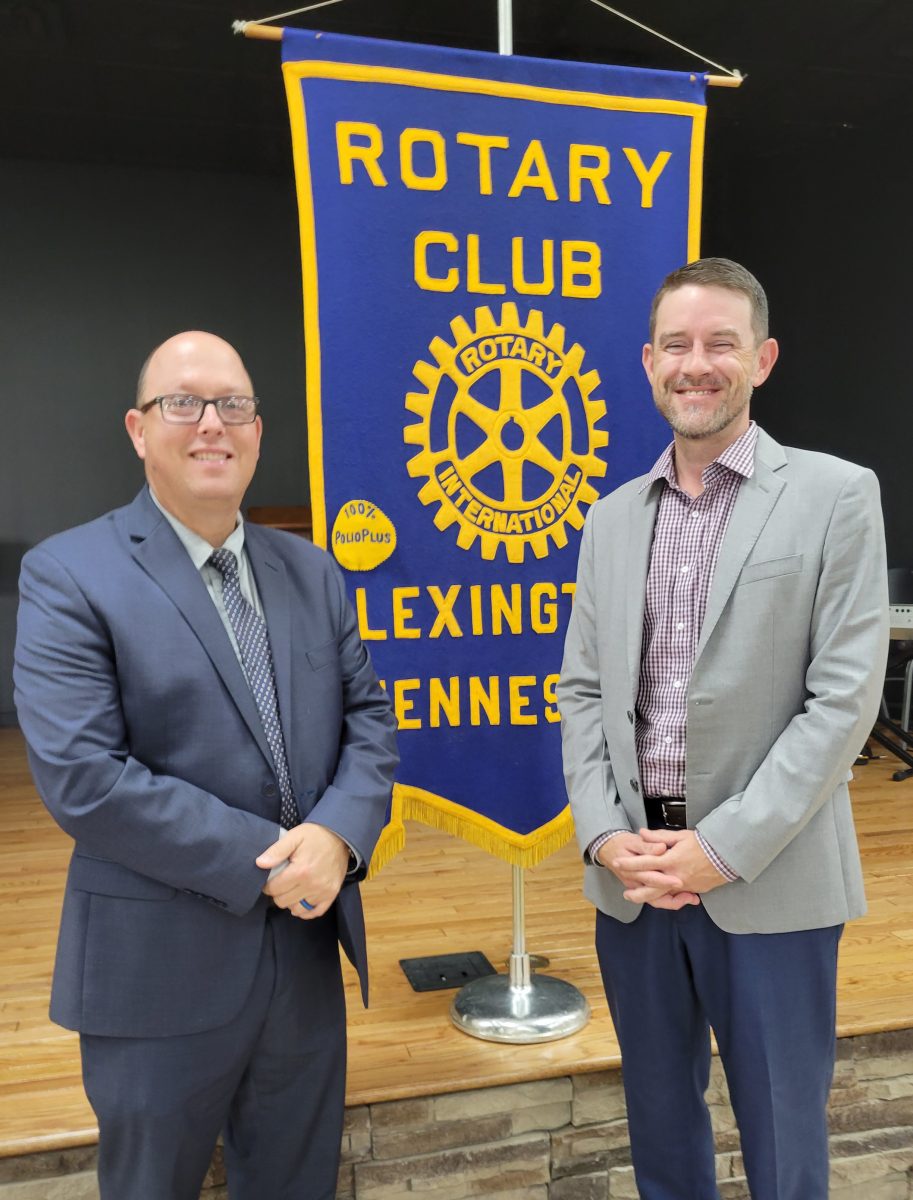 The special guests at the October 12, 2021, meeting of the Lexington Rotary Club were Henderson County Mayor Eddie Bray and County Commissioner Andy Anderson, who spoke on the upcoming events for the Henderson County Bicentennial.

“This year is especially significant as the county’s two hundredth birthday,” Mayor Bray said. Henderson County was named in 1821 for Lt. Colonel James Henderson who was killed shortly before the Battle of New Orleans. The 526 square miles in Henderson County straddles the Great Divide of West Tennessee with all water west of the ridge going to the Mississippi River and all water east flows to the Tennessee River. “As we kicked off the plans for this event, we put together a Bicentennial Committee, with Andy Anderson as the chairman.”

Andy said that much of the planning is due to the work of Chamber of Commerce Director Melissa Gilbert. Andy was excited when after the pandemic plans started to be made to celebrate Henderson County’s two hundredth birthday. He remembered as a youth that Tennessee celebrated a homecoming in 1986, and thought that a homecoming for Henderson County would be appropriate. “There have been some great partnerships within the committee, with Philip Renfroe, Clay Crook, and David Austin taking the lead on several projects.”

The day of the event will be November 6, 2021, and there are individual celebrations in Sardis with Judith Willis as the point of contact, David Austin is local historian for Scotts Hill and Linda Farmer and Kathy Williams will be having a presentation on the Austin family at the Senior Center.

Steve McDaniel will have tours and events at Parkers Crossroads. The Henderson County Library and the Beech River…