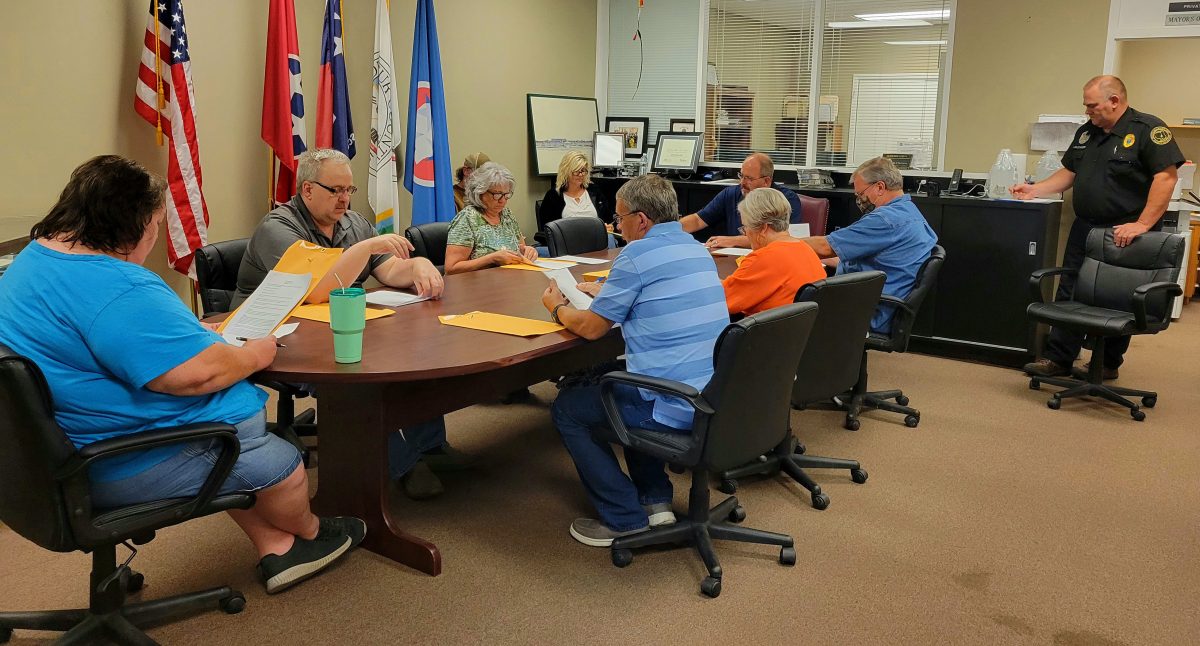 The Mayor and Board of Alderman for the City of Scotts Hill met on Monday evening, October 4, 2021.
Photo by: W. Clay Crook / The Lexington Progress

The Board of Mayor and Aldermen for Scotts Hill met in regular session on Monday evening, October 4, 2021, in the City Hall lobby. After the invocation and pledge the board approved the minutes for the previous meeting and reviewed the financial report.

From the public, John Alford asked to speak and went over some items he thought might be important to the city, including a storm shelter, an ambulance / local EMS, and a siren near the school. He has been researching several grant opportunities that might be able to assist. Alderman Tiffany Lyles said that a shelter grant had been under discussion several months ago, and Alderman Betty Simms said that the old siren might still be used somewhere. Mr. Alford also said that it might be helpful to have someone from Scotts Hill involved in the monthly EMA sessions.

Shelia Adams, from the Senior Center, said that the decorations and menus downtown look great. She also said that we work with the Henderson County Chamber of Commerce and need to look into working with the Decatur County Chamber as well. Mayor Kenny Parrish said that the open house and ribbon cutting at the center was well attended.

General Manager Clayton Armstrong said that the city had another safe month, and that progress is being made on getting the excavator. There have been some temporary inconveniences with water line flushing, but it will lead to better and more stable water pressure in…