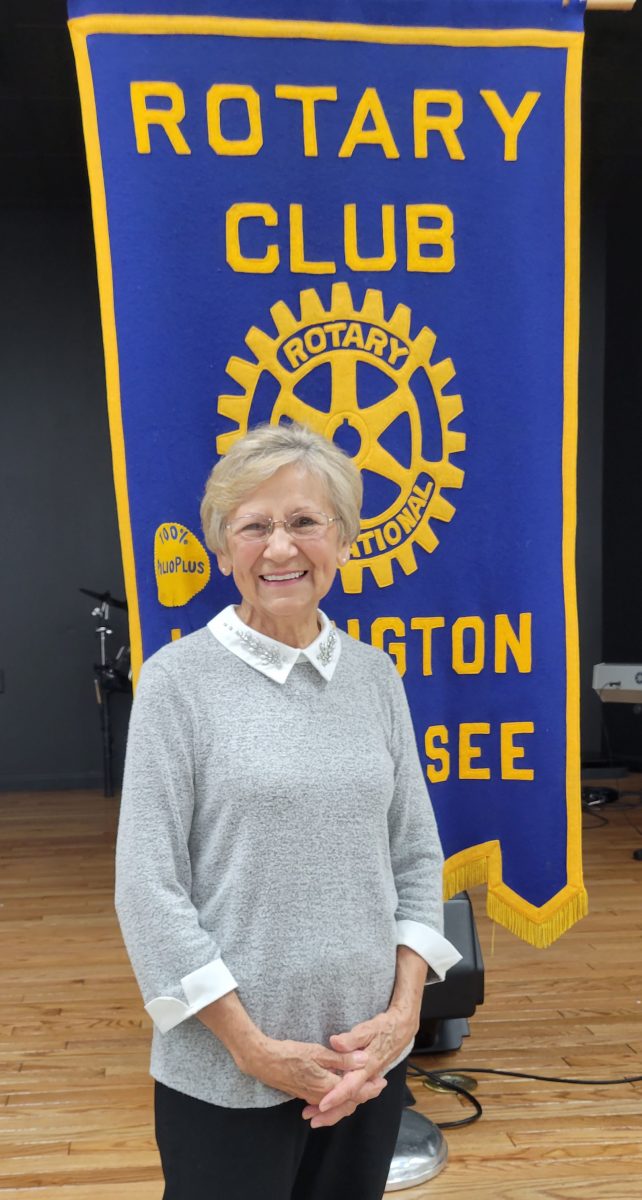 Anna Wulfert Kirk was the special guest speaker for the Tuesday, October 5, 2021 meeting of the Lexington Rotary Club. Anna’s family were refugees during World War II and lived through an epic struggle in their final move to the United States.

“Faith, it makes things possible” could easily be the motto of my family. My parents were refugees from the Ukraine, and her grandfather and four of her uncles were exterminated during World War II. Her father had started in medical school in Kiev, but came home to become a bookkeeper and the man of the house. Her mother’s family also suffered tragedy and got along as best as they could until her mother’s grandfather could find and take care of them. She went to an orphanage after the rest of the family was murdered, and she was able to get a job by saying she was older than she was. Later, she became a nurse and met her future husband when he was a bookkeeper. He approached her at a…