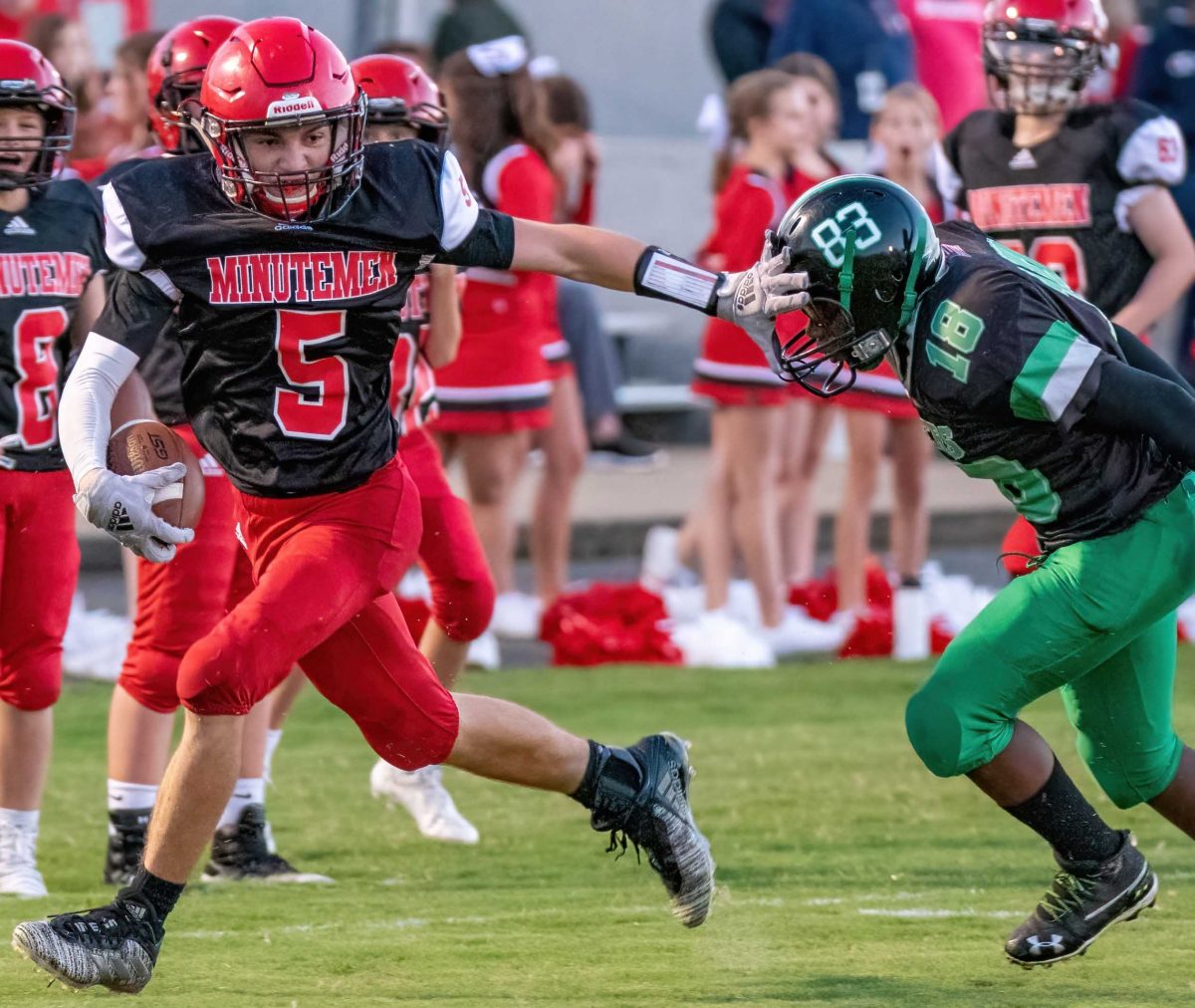 Bolivar started the game by being on offense in their first possession. After a few plays, the Tigers were forced to punt by the LMS defense. Lexington Middle School took over but a fumble on the very first play of offense by the Minutemen gave the ball right back to Bolivar with good field position.

On Bolivar’s first play of the drive, the Tigers also fumbled, and the ball was recovered by Robert Durrenberger. The Minutemen started with a steady grind down the field behind the strong running of Brady McEarl and Mason Beers. The Minutemen would end their drive when Walker McCready found Elye Pearson for a 10-yard touchdown pass. Mason Beers added the two-point conversion and LMS led, 8-0.

The Lexington Middle School defense would get a big fourth down stop and took the ball over on downs for the Minutemen on the ensuing drive. Again, the one, two punch of…