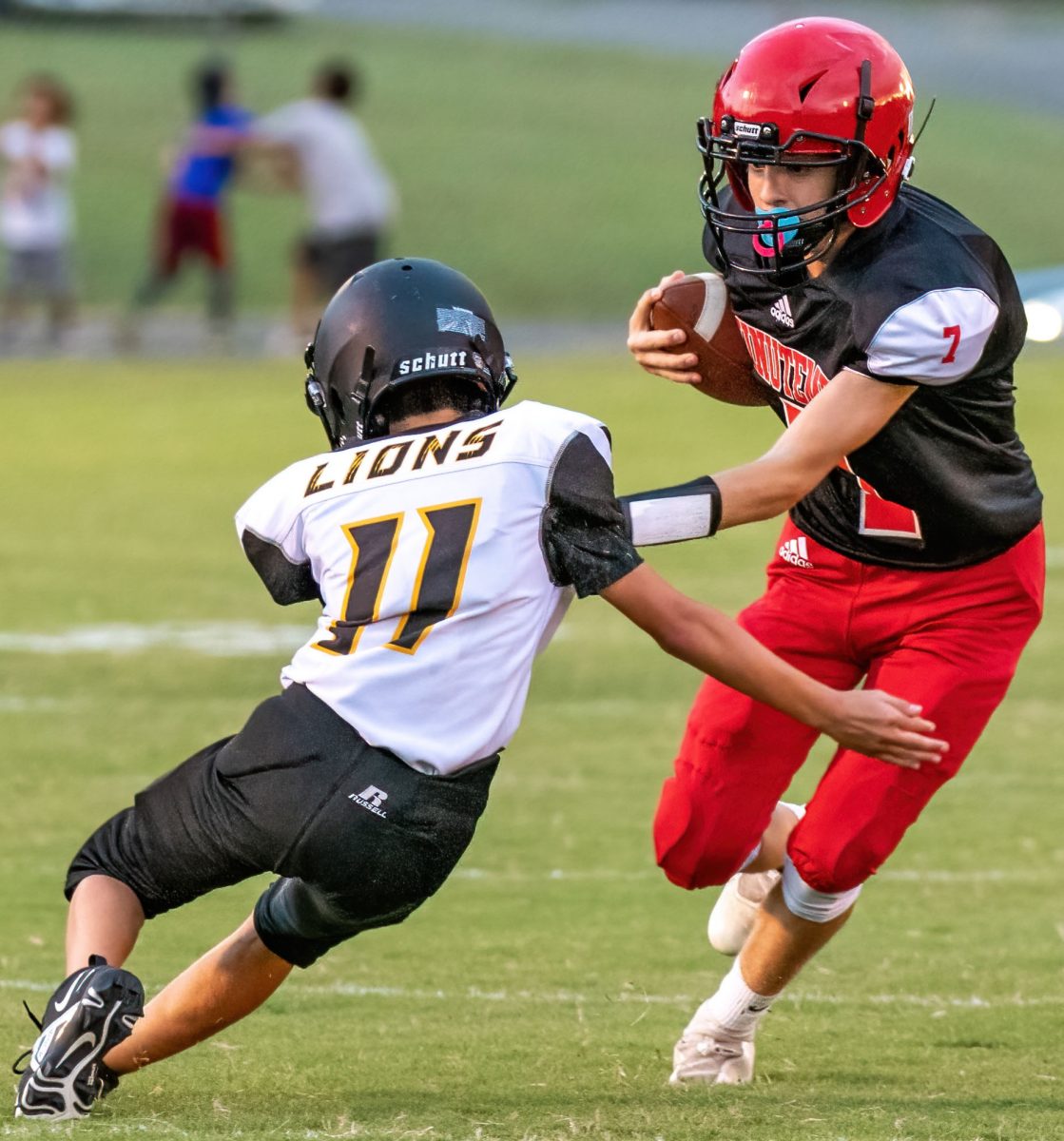 The Lexington Minutemen football team was back in action with two games that were scheduled last week. The first game was a makeup game from earlier in the season with Hardin County, and the next game was to welcome a in-county team to their home field. The Hardin County game, on Tuesday, September 14, was cancelled in the first quarter due to inclement weather and the Tigers decided not to reschedule. The game with Henderson County, played last Thursday, September 16, 2021, resulted in the Minutemen staying undefeated on the season with a shutout win by a final score of 30-0.

LMS won the coin toss and elected to play defense first. The Minutemen defense held the Lions first drive of the night and forced a punt. Lexington took over on their own 30-yard line and struggled getting the ball down the field. The Minutemen then gambled on a 4th and long play. Mason Beers made sure he secured the first down and more and 70 yards later the Minutemen made it to the end zone and led 6-0. Cameron Smith then added the two-point conversion and the score stood at 8-0.

On the ensuing drive, a huge tackle for loss by Brayden Bailey on 3rd down forced the Henderson County South Lions football team to…

For complete coverage, see the September 22nd edition of The Lexington Progress.