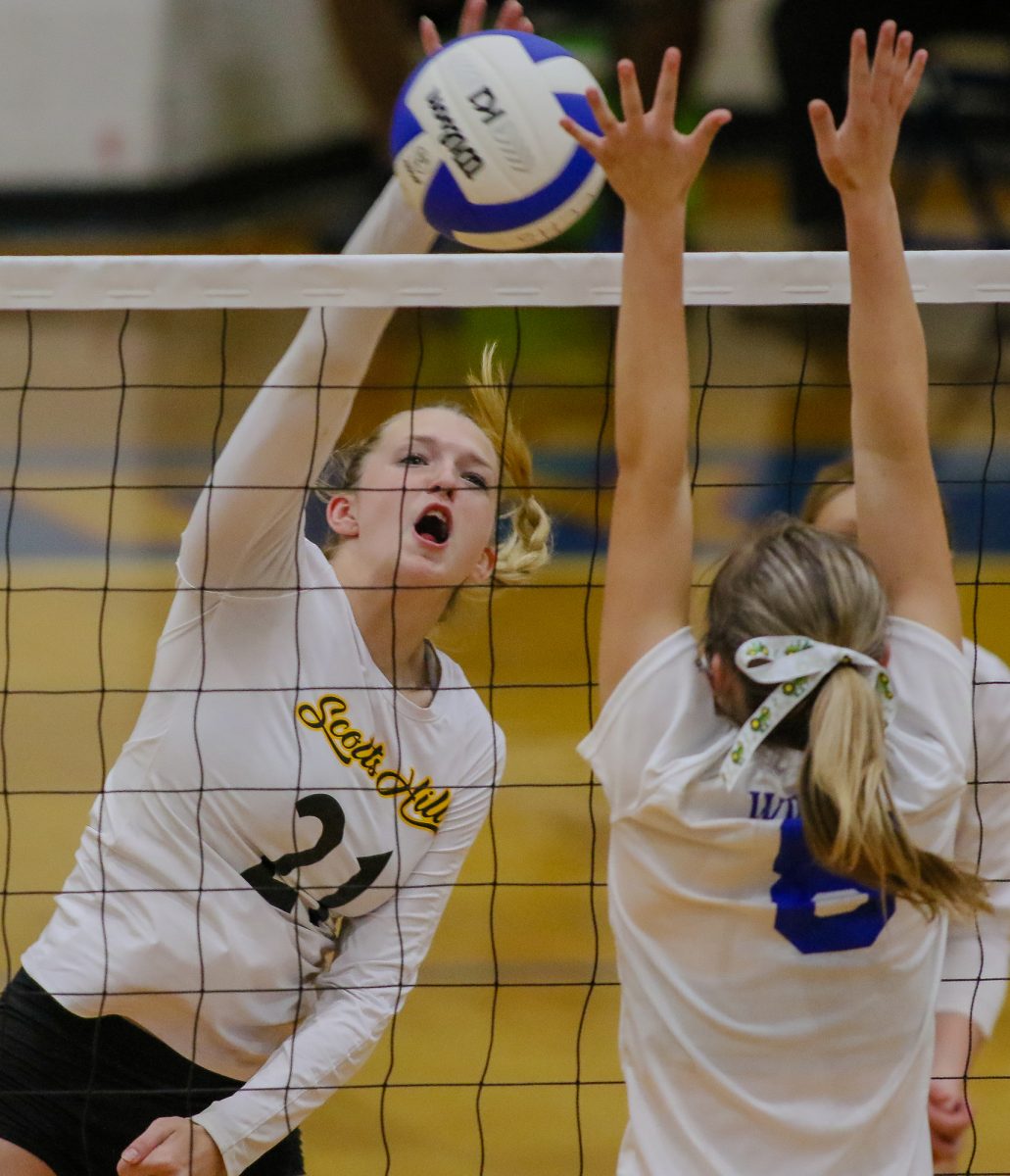 Over the past weekend, the Lady Lions volleyball team participated in the McEwen Varsity Tournament and faced some of the better competition of the season. The Lady Lions would compete in four games on the day. Scotts Hill played Waverly, McEwen, Creekwood, and then in their last game the Lady Lions took on Collinwood. Scotts Hill would come away with a victory in one match and fell in the other three matches played.

The first match saw the Lady Lions go up against Waverly. Scotts Hill would lose in two straight sets, 18-25 and 23-25. The top performers against Waverly were Jaden Scates, Ava Blankenship, and Haven Brawley, who all recorded on ace each. Ava Blankenship would also record 13 digs for the Lady Lions. On offense, Jaden Scates had nine assists, Brawley finished with six kills, and Addy Cook recorded four kills.

Next up, Scotts Hill took on the host team, McEwen. This was a much better matched played by the Lady Lions as they would win in two straight sets, 25-15 and 25-18. Leading the way in aces was Addy Cook, with three. Jaden Scates led the team in assists, with 15, and Haven Brawley recorded seven kills in the…