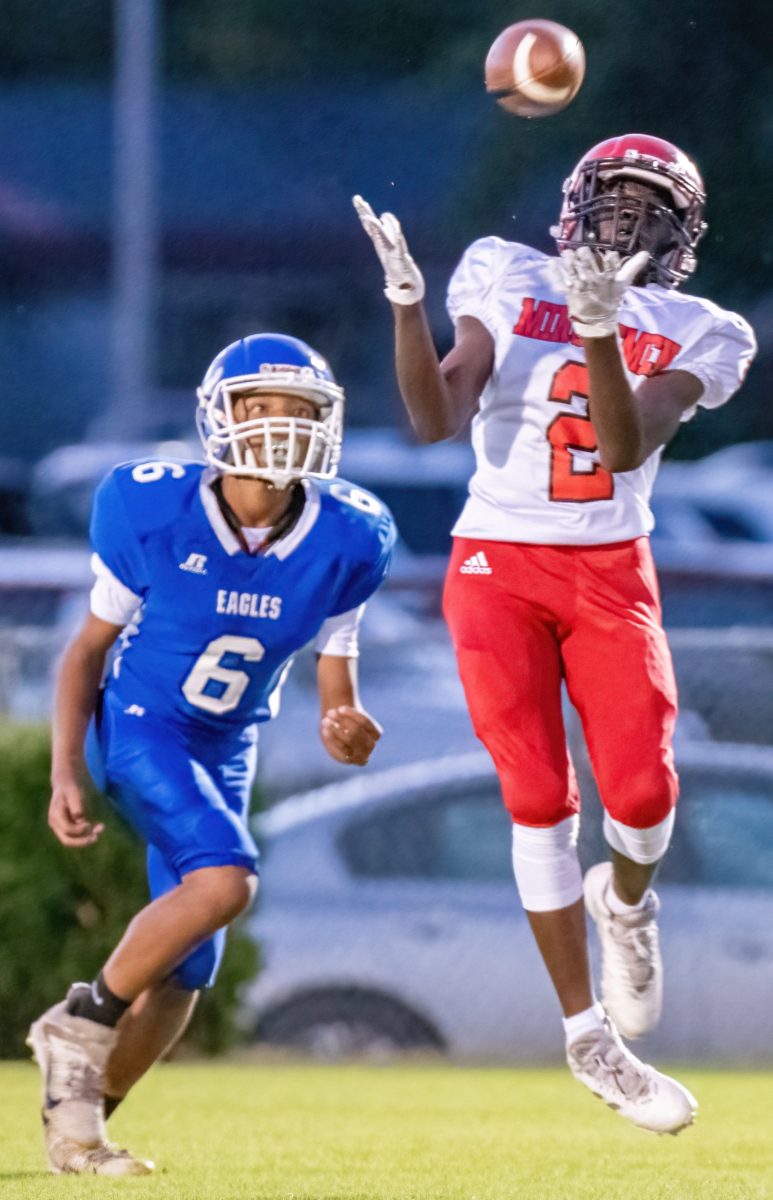 The Lexington Middle School Minutemen football team is off to a very hot start for the 2021 season campaign. LMS took on Chester County, on the road, last Thursday, September 9, 2021. The Lexington faithful made the drive to support their middle school football team and the fans in attendance would see LMS win their fourth consecutive game to start the season. The Minutemen won over Chester County by a final score of 28-16.

LMS received the opening kickoff to start the game and didn’t waste any time as the ball ended up in the hands of Amarion Arnold. He would take it 78-yards and the Minutemen led 6-0, after the two-point conversion failed.
Chester County then had an answer for the electric run by Arnold with a 70-yard kickoff return. The Eagles converted their two-point conversion and led the game by a score of 8-6.

The LMS offense struggled getting the ball rolling on their first series under center. A fourth down quarterback sneak was fumbled, and Chester County took over on the Minutemen 40-yard line. It only took Lexington’s defense one play to get the ball back for the Minutemen. Elye Pearson delivered a nice hit, which knocked the ball loose, and Mason Beers recovered the fumble. After a false start that moved the ball back five yards, Arnold took the direct snap and ran…