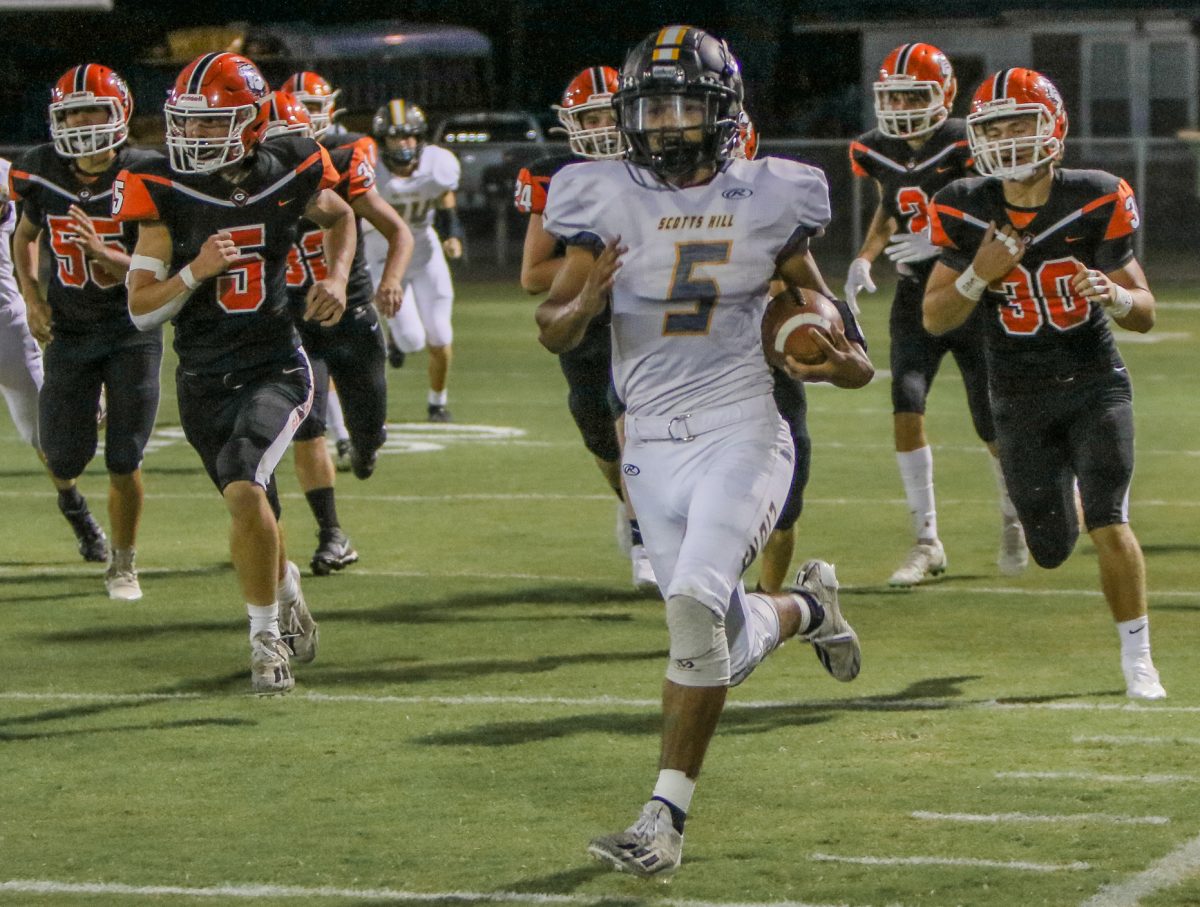 The Scotts Hill Lions football team hit the road in their first game action away from their home field last Friday night, September 10 as the team went to Gleason High School to face the Bulldogs. Facing some tougher competition, Scotts Hill had a few electrifying plays during the game. Ultimately, at the end of regulation, Gleason was too much for the Lions to handle and Scotts Hill fell, 49-13.

Scotts Hill’s offense would have a trio of players that led with the top performances on the evening. Kyle Carter finished 8 of 12 in completions for 88 yards through the air. Joe Romines would lead the way for the Lions in catches with three receptions that garnered him 68 yards in receiving on the night. On the ground, Scotts Hill would see Jayden Johnson carry the ball seven times and record 38 yards of total rushing. Kyle Carter would also see action in the ground game. He would rush the ball nine times and collect 29 yards. Carter would also have a rushing touchdown for Scotts Hill in the loss.

On the defensive side of the ball for the Lions football team, Ripken Clenny led the way in tackles with five solo tackles against Gleason. He also assisted on four tackles as well. Preston Lewis followed him with three solo tackles and…