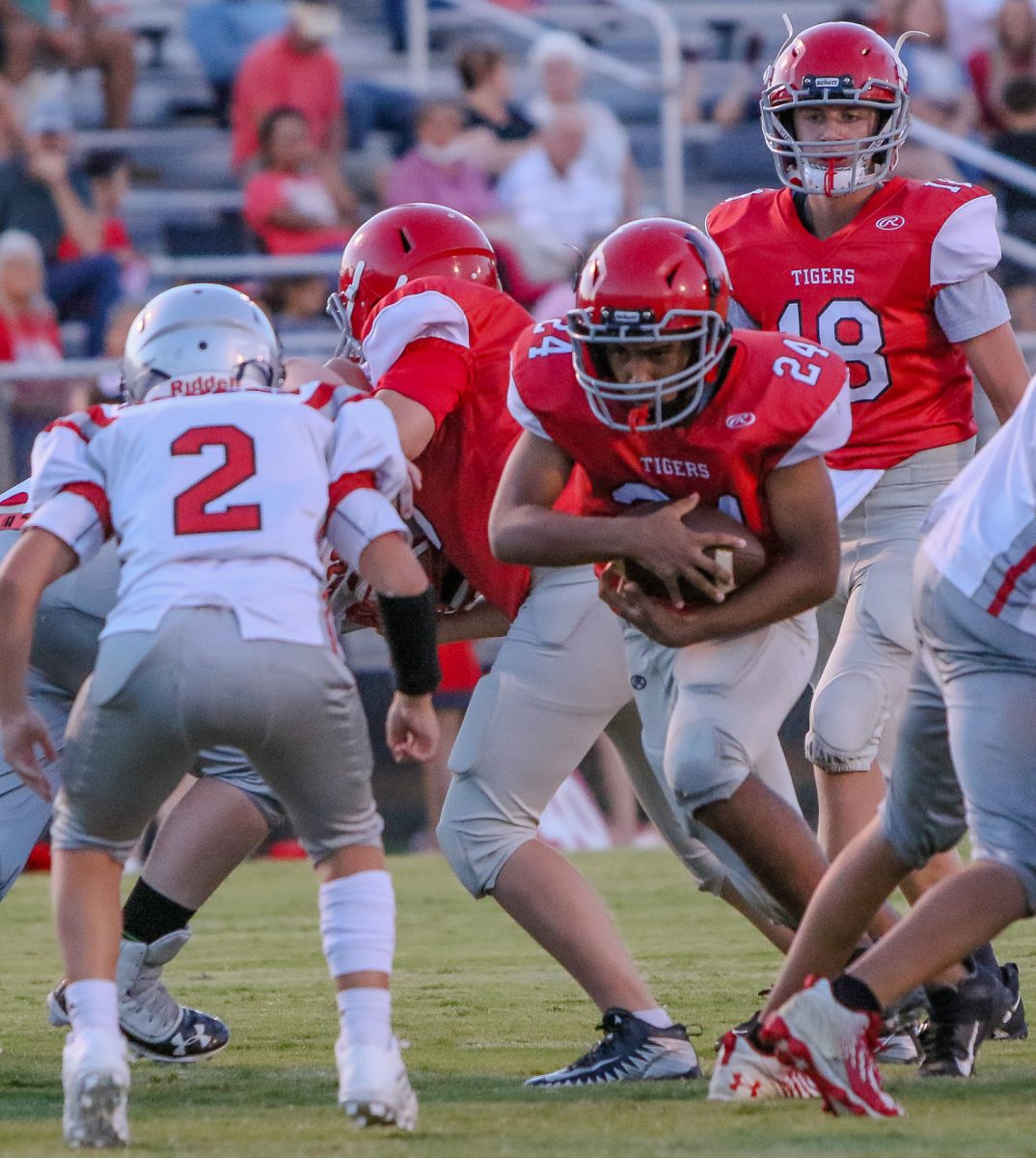 The Henderson County North Tigers enjoyed another big week. On Tuesday, September 7, the JV Tigers traveled to Rose Hill to take on the Raiders. The Tigers received the ball first and had a long drive but stalled out in the red zone. Rose Hill then answered with a long scoring drive to take the lead, 6-0. The Tigers started on their own 30-yard line and marched 70 yards on the ensuing drive, led by some strong runs by Aviance Huddleston to tie the game, 6-6. Quarterback Webb White found Joseph Pritchard in the endzone for the 2-point conversion to make the game 8-6. The Tigers and Raiders would go back and forth during the second quarter, with the Tigers’ defense, led by Jordan Thornhill, Bryce Woodson, and Hemi Finch, shutting the Raiders down.

The Raiders got the ball to start the second half and the Tigers defense stood strong again. The Tigers’ offense went down the field, mixing the run game with the pass plays, and the Tigers scored on an 8-yard run by Huddleston. Pritchard had several good runs, along with a big reception from White, on the drive. Ryan Newman and Akeem Cox also mixed in key runs. The conversion failed but the Tigers led 14-6 in the game. Marquan Talley came up big for the Tigers on the next defensive series and so would Hunter Moling, who had a…