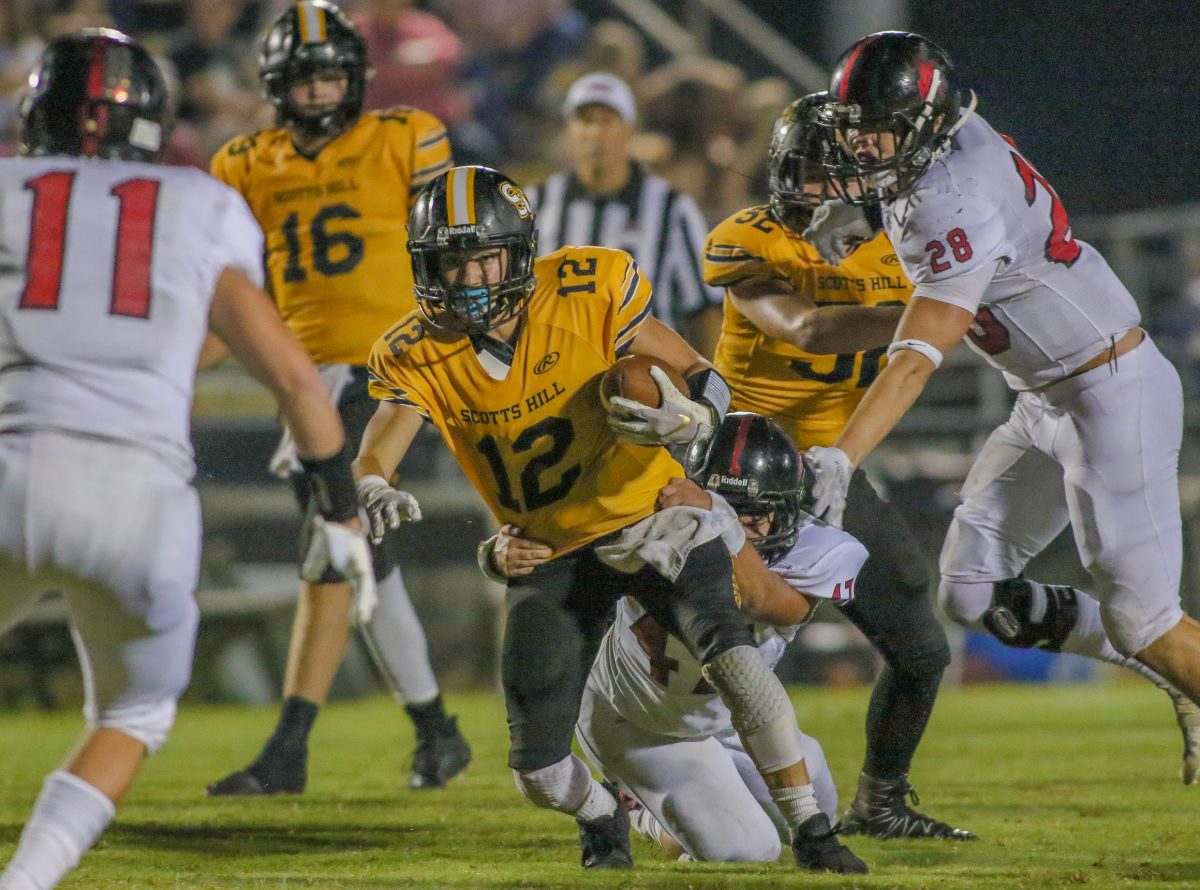 The Scotts Hill Lions football team hosted the Adamsville Cardinals last Friday night, September 3. Scotts Hill was looking to get back into the win column after suffering a defeat the week prior, but Adamsville had different plans on the night. The Lions weren’t able to overcome a push by the Cardinals during the middle of the game, and the Lions ultimately took the defeat. The final score of the contest was 35-14, in favor of Adamsville.

The Lions got things started by scoring first in the game in the first quarter as they returned an interception for a touchdown. Scotts Hill held the Cardinals scoreless in the opening quarter but gave up 14 points in the second quarter to the Cardinals. The Lions were not able to score in the second quarter before halftime and trailed by seven, 14-7. Coming out in the third quarter, the Lions gave up 14 more points to the Cardinals and both teams would trade touchdowns in the final quarter for the 35-14 score.

Scotts Hill would run a total of 44 plays that accumulated 145 yards of total offense on the night. The Lions had 51 yards through the air and 94 rushing yards, to go along with nine first downs. Scotts Hill also had four costly turnovers. Three of those came by…