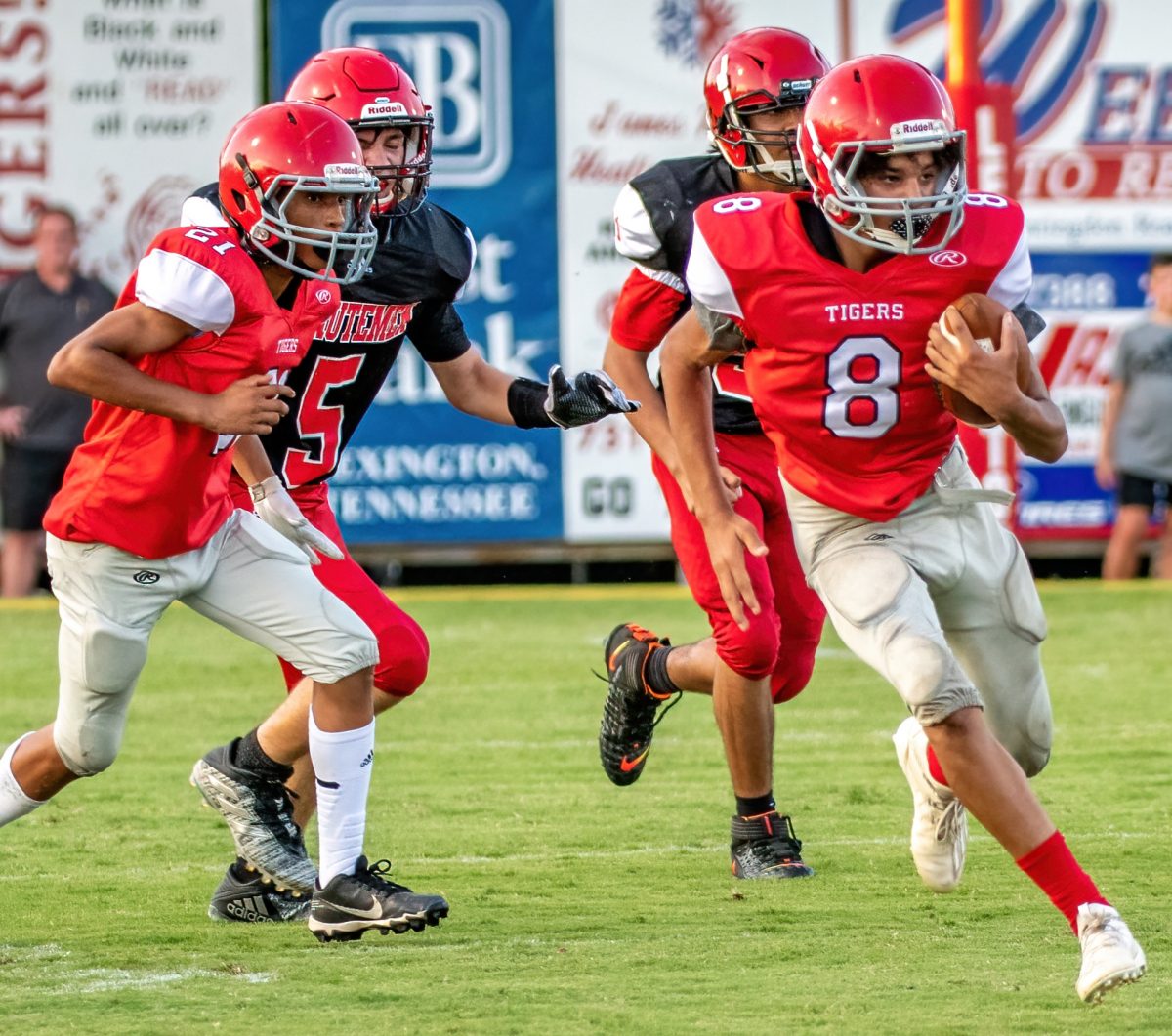 After a two-week hiatus, Henderson County North returned to the gridiron for a busy week of football, playing the University School of Jackson last Tuesday night and Lexington Middle School last Thursday night.

Tuesday night’s game would be a high scoring shootout between the Bruins of USJ and the Tigers from Henderson County North. The Tigers received the ball first and went to work methodically mixing passes with runs to score on the game’s opening drive. Jayden Fry would reach the end zone on a 15-yard run. Ross McDaniel would find Ashad Seats on a pass for the 2-point conversion. HCN led 8-0. USJ would answer but would be denied on the conversion attempt and the score stood at 8-6.

HCN marched the length of the field, again, mixing runs and passes. This time, Fry would reach the end zone from 12-yards out. McDaniel hit Seats again on the two-point conversion and the score was 16-6. USJ would again answer and get the conversion, making the game 16-14. HCN would get the ball just before the half and go on the most impressive drive of the season to date. By mixing runs and passes and using their timeouts well, the Tigers were able to march 70 yards and score as the half ended on Fry’s third touchdown of the night. A conversion pass from McDaniel to Cameren Gorden finished the half with a score of 24-14 in favor of the Tigers.

The Tigers defense held strong on the opening drive of the 2nd half, but the potent Tigers offense had their first…