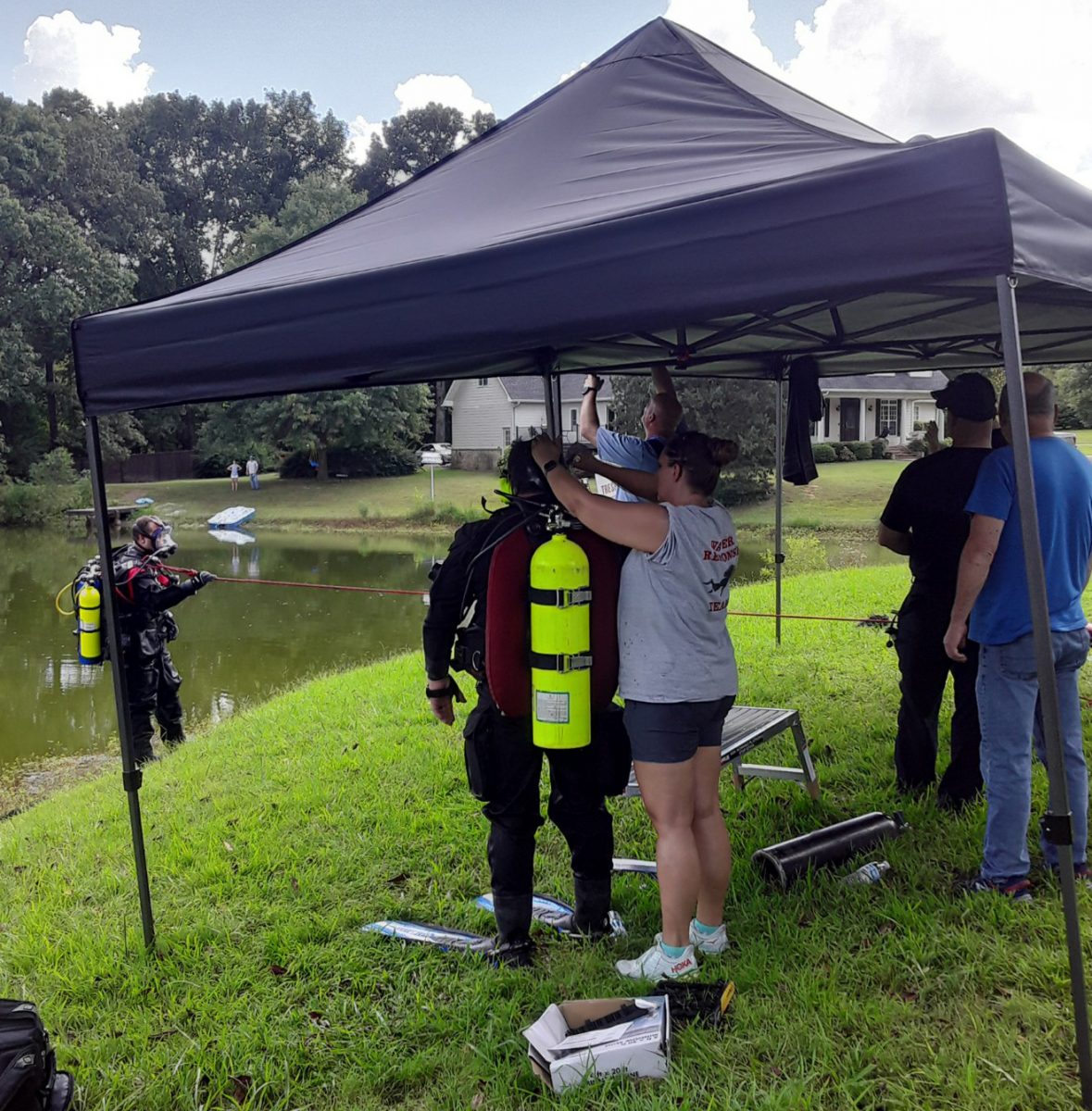 West Tennessee Dive Captain J.D. Dunkle said that they arrived at a pond in Madison County around 10:00 a.m. and quickly identified that there was a vehicle in the water. A dive team was sent down to get the vehicle identification numbers and other identifying information, and assisted in the recovery of the vehicle, along with human remains. The team stayed on the scene until about 5:00 p.m. Sunday.

“The Jackson Police Department responded to a call of a vehicle possibly being under water in a pond near Howeston Mill Drive around 9:00 a.m. this morning.”

“The West Tennessee Dive and Recovery Team was contacted by JPD where they responded and recovered a 2006 Jeep Liberty.”

“This vehicle belonged to William Brian McKenzie, who was reported missing in…

For the complete article, see the September 1st edition of The Lexington Progress.