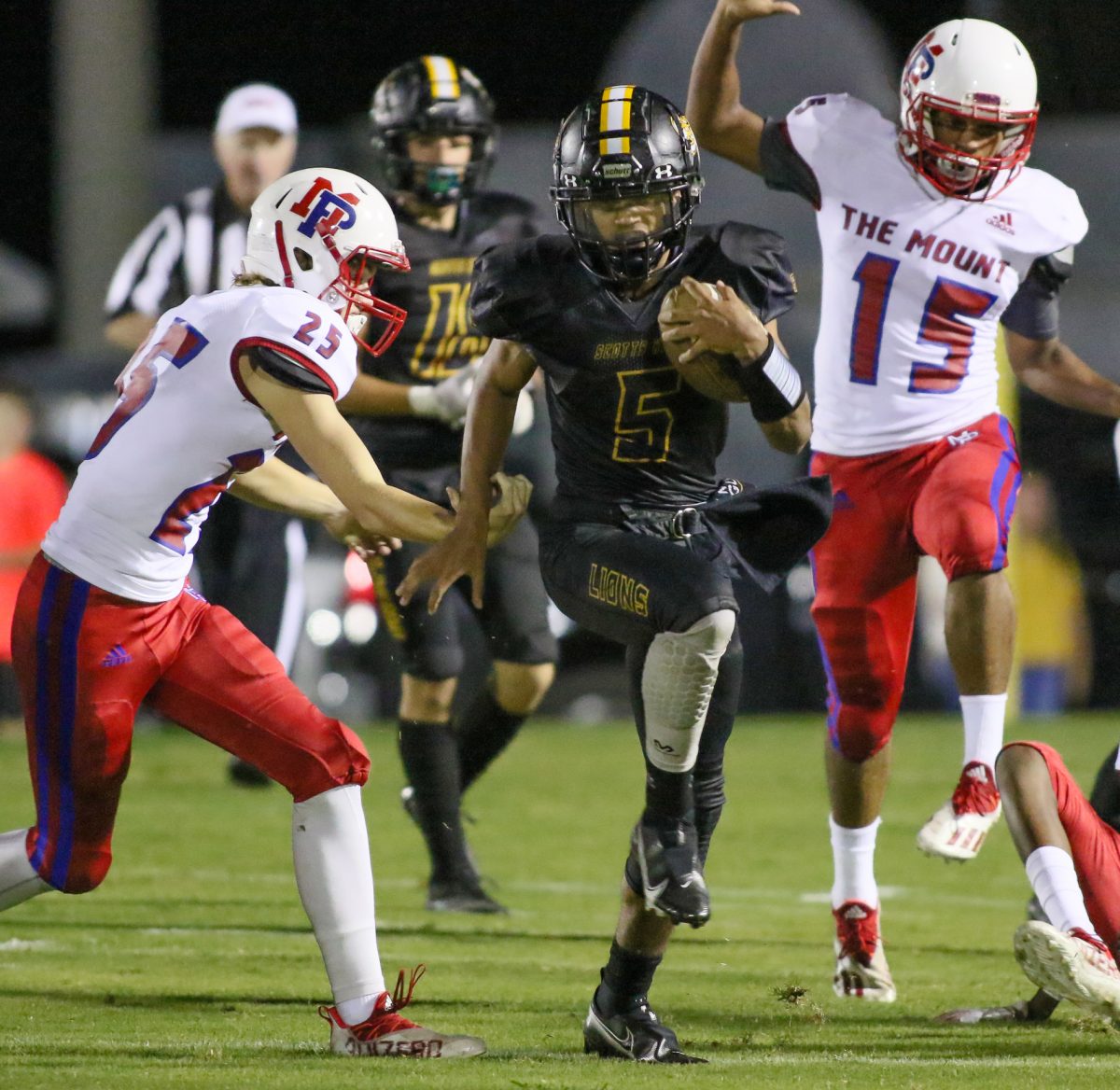 Coming off a win to start the season, the Scotts Hill Lions football team was looking to add another tally in the win column. This past Friday night, the Lions welcomed Mt. Pleasant to “The Hill” and were looking to earn their second victory of the season. Things didn’t go as planned for Scotts Hill and they weren’t able to have a performance to earn the win. Ultimately, the Lions were defeated by a final score of 28-7.

It was a low scoring affair in the first half between the two teams. Neither club was able to put any points on scoreboard in the first quarter and the only points that were scored in the first half were when Mt. Pleasant collected a safety in the second quarter. The halftime score stood at 2-0, in favor of Mt. Pleasant. In the third quarter, Scotts Hill was able to reach the end zone but allowed Mt. Pleasant to settle for a field goal in the quarter, as well. That’s when Mt. Pleasant rattled off 23 straight points in the fourth quarter to widen their lead over the Lions. Scotts Hill was not able to score any points in the final quarter and took the loss.

Scotts Hill ran a total of 47 plays on the night garnering the Lions 42 total yards of offense. The Lions collected four first downs in the game and had two turnovers: losing a fumble and throwing an interception. Scotts Hill had only three penalties for five yards in the contest.

Offensively, Kyle Carter was 5 of 12 passing for 41 yards on the night. His longest throwing was for 37 yards, and he threw one interception, as well. The leading rusher was Cole Rogers. He had six carries for 14 yards. Rogers lost a fumble and scored once, also. Jaden Johnson had 11 attempts that netted…