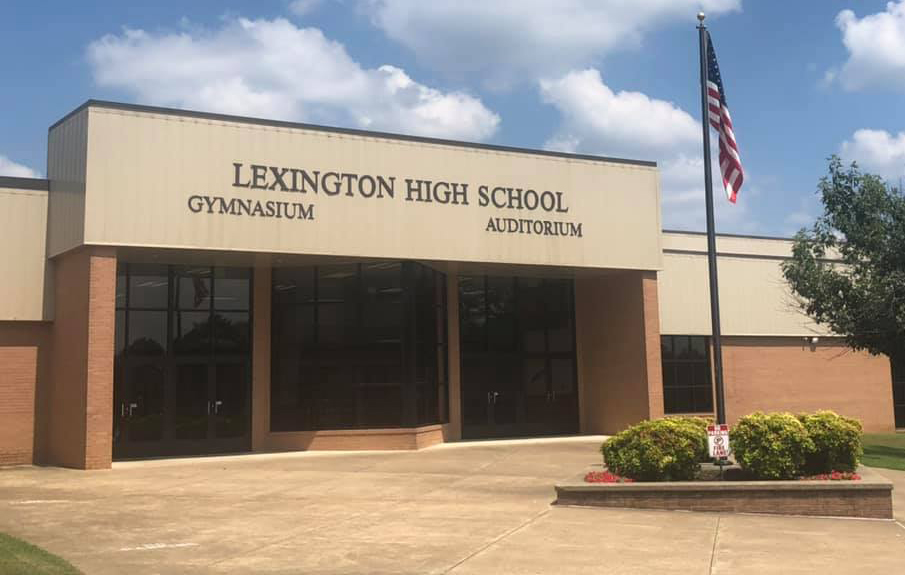 Forty years ago, in the fall of 1981, Lexington High School began its first term in a new building. Still referred to as “The New Building” to distinguish it from “The Old Building” that faces North Broad Street, it is a brick and dryvit structure that now encloses some 110,000 square feet of classroom, office, and auxiliary space.

Lexington High School has been in different buildings at the same location since 1920, when the high school and the city school lower grades were separated. The original LHS building burned in 1927 and was replaced by the building that was used until the New Building was built in 1981. An addition / renovation to the east in the early 2000’s brought the building to its current size.

In the years leading up to the construction of the New Building, the school board faced many obstacles. Financial hardships and disagreements over where to build the new building caused delays so severe that the state withheld funds from the school system a number of times.

The New Building was very nearly located to the north of the current Vocational School across Broad Street from Caywood. In fact, the school board voted to…

For the complete article, see the September 1st edition of The Lexington Progress.