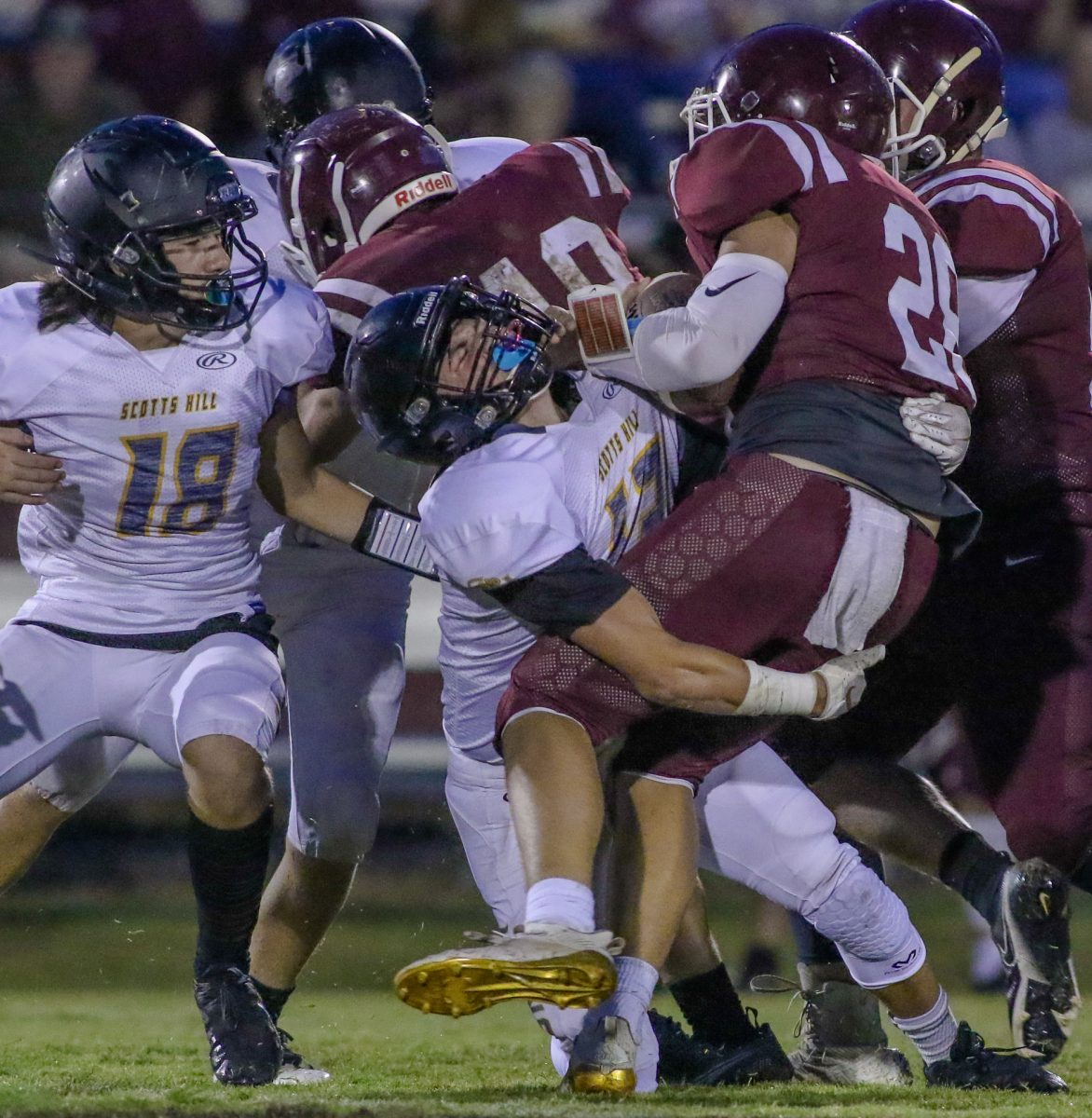 The Scotts Hill Lions made the trek into Savannah, Tennessee last Friday night, August 13, 2021, to take part in their annual jamboree game before the start of the regular season. The Lions went up against Hardin County in their last preseason action before the 2021 football season. Scotts Hill will be all about business when the lights come on this Friday night.

As with many jamboree games around west Tennessee, official stats are not always kept up with, so in talking with the coaching staff, they were able to shed some insight of the Lions’ performance on the night.

In speaking about the strengths of his team during the jamboree, head coach Rennard Woodmore stated, “We ran great routes on offense and, defensively, we played physical on the defensive line and ran to the football well.

Hardin County is a school that is much larger than Scotts Hill. The coach talked about the challenge his team faced in going up against a much larger school and team than his own. Woodmore would go on to say it was a great challenge to face the bigger and stronger team in Hardin County. His overall feeling was that the Lions executed better against the Tigers than they did in any of the prior two scrimmage games that his team has played in.

Crowd and team support are always a plus when it comes to travelling in high school sports. Football is no different and the head coach was very pleased with his school’s support in making the drive out of Henderson County. “We have great fans so week in and week out our fans show up and…