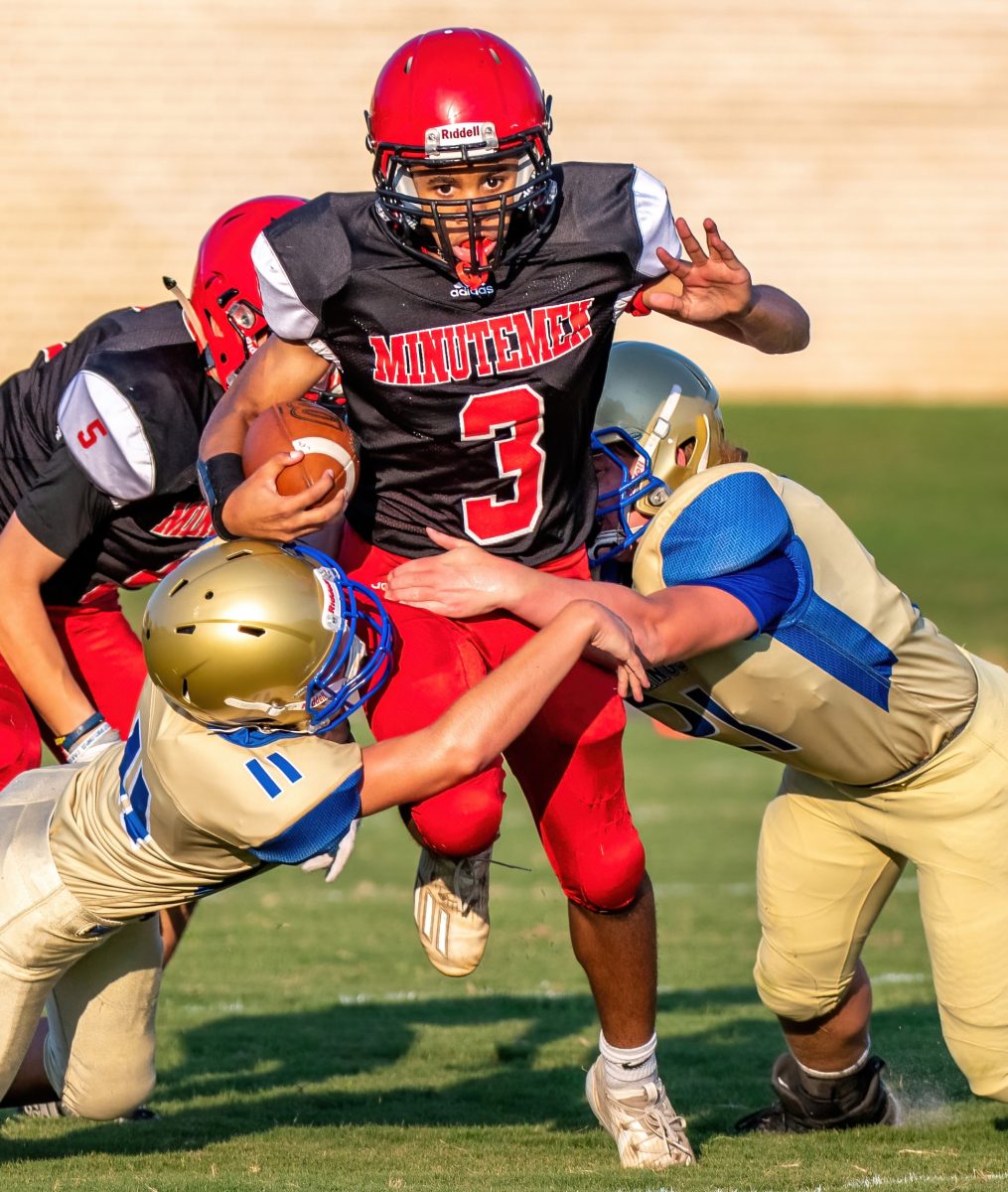 The Lexington Middle School football team got their season started last Thursday night, August 12 as the team welcomed the Huntingdon Mustangs to town. This was a rematch of a previous offseason scrimmage game between the two schools, except this time it was the official game to start the season. Lexington Middle School wasted no time in getting things started for the upcoming year.

The Huntingdon Mustangs won the coin toss and elected to play on defense first. LMS started the drive at the mustang 20-yard line, with 80 yards to go to get to the end zone. The Minutemen went to work grinding their way down the field behind hard running from Arnold, Beers, and McCready. Walker McCready broke a 29-yard scramble to move the ball into Huntingdon territory. Arnold and Beers moved the ball down to the Mustang’s 30-yard line with physical downhill running. Arnold scored from about 30-yards out and Beers added the 2-point conversion. The score of the game stood at 8-0, in favor of Lexington Middle School.

Huntingdon took over with great field position on their own 45-yard line. The Mustangs moved the ball down the field running out the remainder of the first quarter. The Minutemen fought hard inside the redzone, but the Mustangs were able to put points on the board. A huge stop by the Minutemen defense on the conversion attempt kept the…